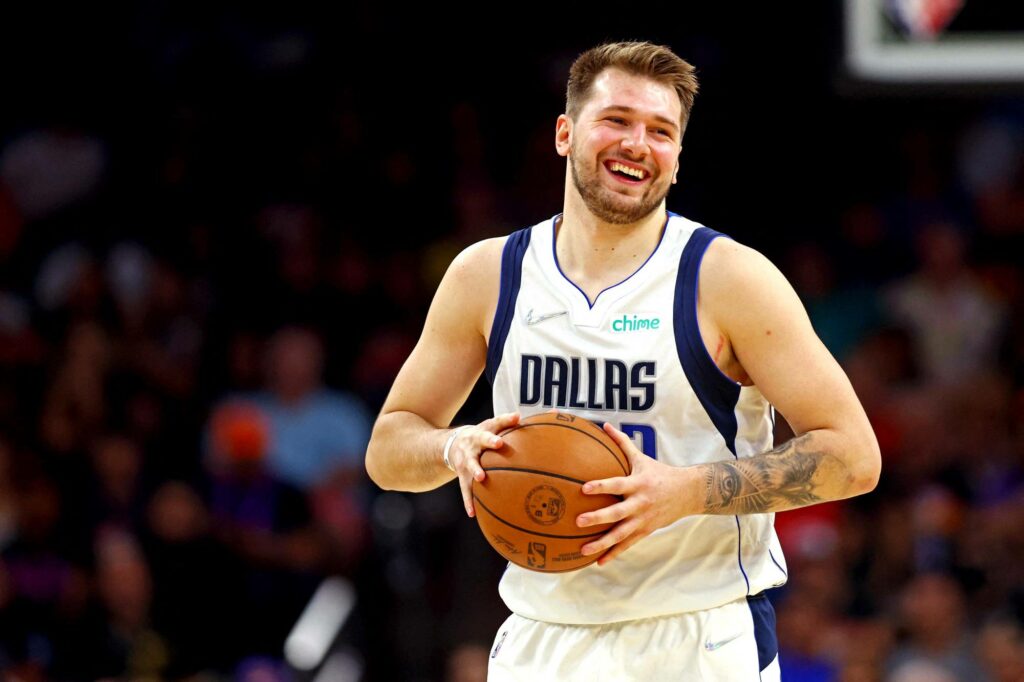 Luka Doncic, a young player on the upswing, has emerged as the preseason favorite to win the NBA Most Valuable Player award after his stellar showing last season and in the playoffs. The Dallas Mavericks, led by Doncic, advanced to the Western Conference Finals, where they defeated the Phoenix Suns but ultimately lost to the eventual champions, the Golden State Warriors.

More impressively, Doncic became only the third player in NBA history to be named to the first team three times, joining Kevin Durant and Tim Duncan. Of course, there’s more to these outstanding accomplishments, and we’ll go through all the evidence that points to Doncic as the NBA 2023’s Most Valuable Player.

Doncic has surpassed the legendary Dirk Nowitzki of the Mavericks with this newest feat. Doncic sped through the threshold in a mere 194 games. The fact that he has achieved this in his third year in the NBA makes it all the more remarkable. Nowitzki accomplished the same feat in four seasons.

When compared to other top players, Doncic is not particularly athletic. However, his sharpness and basketball IQ have helped him rise to the level of a top offensive floor general.

NBA lines are all over the board, but Luka Doncic is the clear favorite to win the regular-season MVP title. Last year, Luka had one of 19 50+ point games, with Kyrie Irving and Karl-Anthony Towns each having 60 point games. This time around, it will be Luka who will have the chance to stand with an impressive scoring performance.

The Mavs star player has raised his previous scoring high each season. In his first season, he scored 35 points at most, but in his second season, he scored over 40. In his third year, Doncic scored 46 points, and in February of last year, he scored 51 in a victory over the LA Clippers.

Doncic might put in 60 points against any team, but the Warriors seem to be the most likely. Luka Doncic will likely go after the team who knocked them out of the playoffs, so the Dubs should be on the lookout for him.

3. Most Triple-Doubles in Seven Games Since the 1976 Merger

A 31-point, 10-rebound, 11-assist performance by Luka Doncic in the opening game of the 2021 NBA playoffs against the Los Angeles Clippers was crucial to the victory for his team.

The fact that Doncic now has three postseason triple-doubles on his short resume is remarkable. Since the ABA-NBA merger in 1976, Luka Doncic has had the most playoff triple-doubles by any NBA player with three.

4. Youngest Player to Score A Postseason Buzzer-beater (and 40-point Triple-double)

The unthinkable happened in Game 4 of the first round of the 2020 NBA playoffs when Luka Doncic single-handedly won the game.

He had one of the best NBA playoff games of all time, totaling 43 points, 17 rebounds, and 13 assists. Doncic finished off a fantastic night by sinking a game-winning buzzer-beater in overtime to beat the No. 2-seeded Los Angeles Clippers and tie the series.

The first step toward entering the MVP discussion is putting up monstrous stats. In the past three years, Luka’s excellent statistics have helped him place in the top six.

We expect Doncic to reach a new level of scoring this season. Before moving to New York, Jalen Brunson was the team’s second-leading scorer from the previous season. Although Dallas has added Christian Wood, Spencer Dinwiddie’s playing time will increase, and Tim Hardaway Jr. returns from injury, Luka will be more comfortable this season as he attempts to become the first player in Dallas Mavericks history to average 30+ points per game.

Doncic’s recent commitment to fitness and eating healthier will allow him to finish games with enough energy, contributing to his scoring ability. If Luka averages more than 30 points per game, he will be considered for Most Valuable Player, though he will need to do more than that to earn the honor.

He has been able to outmatch himself so many times. We witnessed that last year as they made it to the conference finals: he improves the play of his teammates while still getting his own. Luka has scored 30 or more points in the playoffs multiple times.

There is no doubt that Luka will be close to the top of NBA MVP voting if he can, once again, outperform the high expectations that many will have for this year’s Mavs.

The Dallas Mavericks are one of the most underrated Western Conference teams heading into the new season. Luka Doncic has been the betting favorite in the past, and he will start the season in peak physical condition and motivated to lead his team to the championship game, all while pursuing his quest for the MVP title.