Anou Enright October 23, 2018 Offbeat No Comments on Blazers Bring it With Halloween Costumes 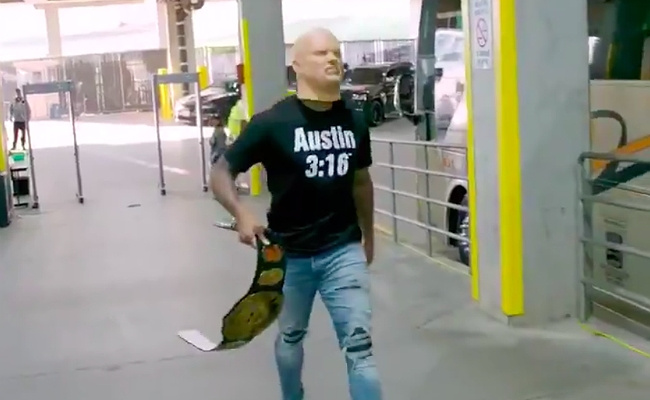 The Portland Trail Blazers decided too celebrate Halloween a little early on Monday night as most players wore their costumes to the arena before their game with the Washington Wizards.

Let me tell you, it did not disappoint.

While most costumes were fun, there were two costumes that were truly elite: Damian Lillard as Stone Cold Steve Austin and Mo Harkless as Tyrone Biggums, the famed crack head character from the Chappelle Show…

Lillard even had the strut down and the mask was so realistic and large that is was almost creepy.

Harkless literally nailed Biggums to a tee and even resembles Chappelle a little bit in the whole Biggums get up.

Well done Blazers, let’s see who else gets into the spirit of the season over the next week.