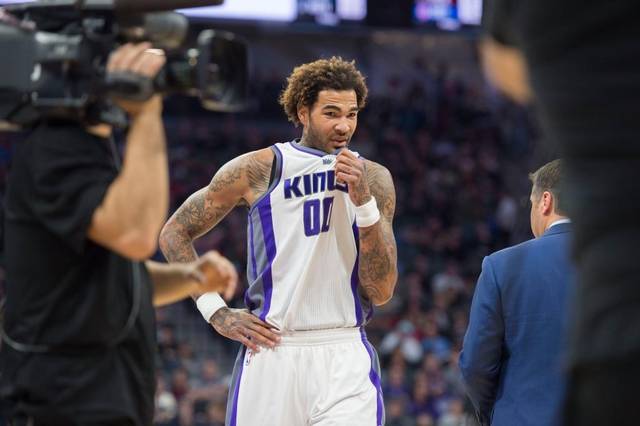 Having confidence is a good thing, and it is absolutely essential when attempting to succeed as a professional athlete when you are playing against the very best competition in the world.

Willie Cauley-Stein, the No. 8 pick of the Sacramento Kings in the 2015 NBA Draft and their starting center, has confidence, apparently to the point of delusion.

“I think I just gotta get more selfish,” said Cauley-Stein, who hit 2-of-6 shots, and is averaging 8.9 points this season. “Offensively, I gotta get to the point that I’m just going at dudes like him. Guarding him, and then watching his game, you take away, oh, this is what he’s doing. I have the same body size, the same skill-level, just transfer it over to a game now. But being behind in the race, he’s been doing it for a while.”

“This league’s all about situations,” Cauley-Stein said. “I went to a situation where I’m playing behind the best center in the league [DeMarcus Cousins], or I could’ve gone to somewhere where they don’t have a guy, and now you’re the guy, and you’re getting all the touches. That helps a lot.”

While situation and opportunity are everything in the NBA for a mid-level player especially, and it was hard for Cauley-Stein to shine and be on the court with DeMarcus Cousins in Sacramento, he has nowhere near the skill set or upside of Kristaps Porzingis, thinking otherwise is absurd.

Cauley-Stein is still a work in progress, but he does flash the potential to be a Tyson Chandler type rim protector and elite defender some day with his length and mobility and has shown the ability to develop a mid-range jumper to accompany that valued skill.

He may be a very good NBA player down the line, but he will never be a Unicorn like Kristaps Porzingis.