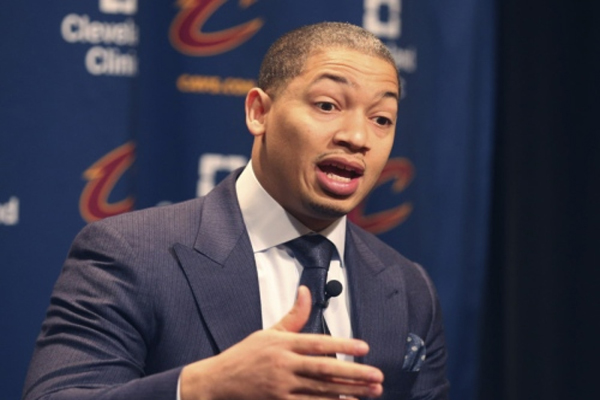 Now that they actually know who they’ll be playing in the Finals, the Cavs can gameplan. Coach Tyronn Lue thinks he has a strategy of how he can beat the Warriors at their own game. Lue wants to push the pace.

Sure, the Warriors are the defending champs, but you have to be able to be successful at your strengths in order to win against them. Golden State is so good that you can’t try and out-Golden State them. When Lue took over for David Blatt, he said he wanted to play faster, and that’s his plan for the Finals.

“We just have to play our game,” Cavaliers coach Tyronn Lue said. “We’re not going to slow the ball down and be at ease. We’re going to push the pace, try to get easy baskets early in transition but make sure we’re taking good shots.”

“We want to push the pace!” Lue yelled in jest for everyone to hear. “You know what I’m saying. Put that on record. Push the pace. You think I’m going to walk it down every time?”