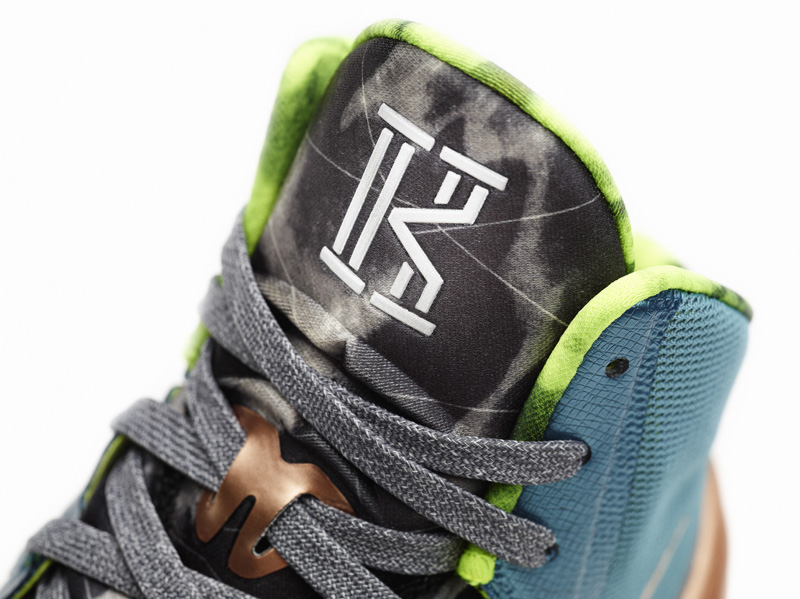 Quickly becoming a poster boy for Nike Basketball to accompany his rise in the NBA as an elite point guard, Kyrie Irving is on track for great things. Take a detailed look at this Player Edition pair of the new 2013 Lunar Hyperdunk directly inspired by Irving.

This colorway gets the teal and volt from a reimagination of the Australian National basketball team uniform colors. The wave graphic seen on the outside of the tongue & inner lining represents the overseas travel that Irving did from Australia to New Jersey.

When I sat down with Kyrie Irving late in 2012 he talked about how much he liked hooping in the ones made especially for him. We did not know back then that one of those specialized pairs would be able to get picked up.

Last season, Irving ran thru several different Cleveland Cavaliers-themed Player Exclusive pairs of the Hyperdunk 2012 which was the first time Lunarlon foam cushioning was used in the Hyperdunk series.

You can pick up your own pair of the ‘Kyrie Irving’ Player Edition of the Nike Lunar Hyperdunk 2013 from the Nike webstore for $140. 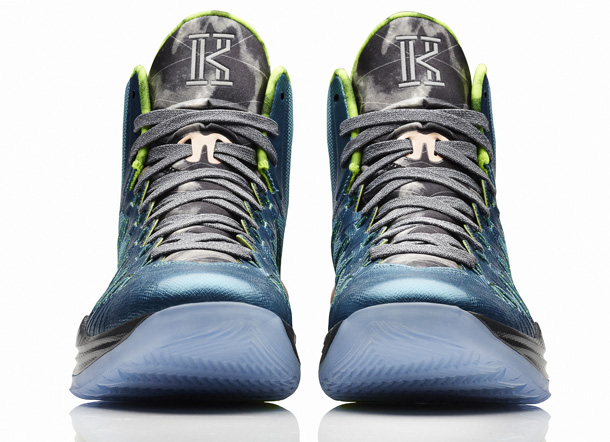 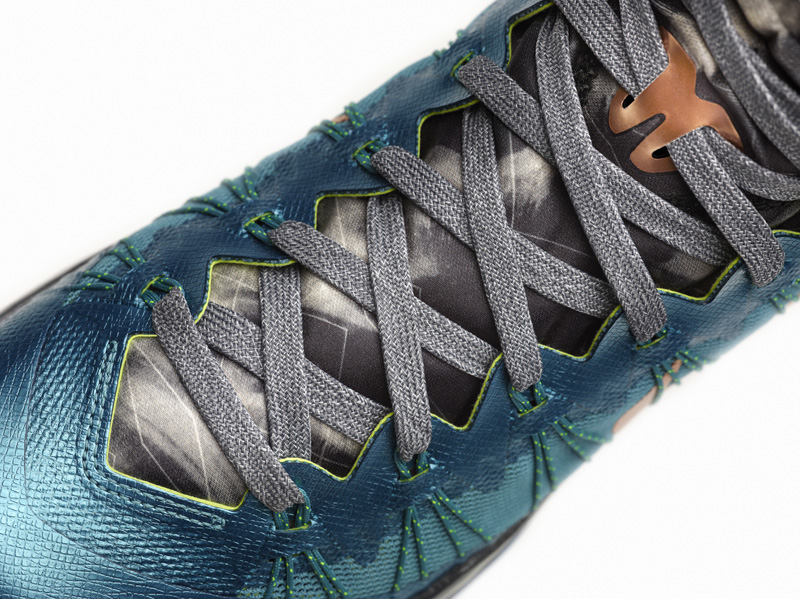 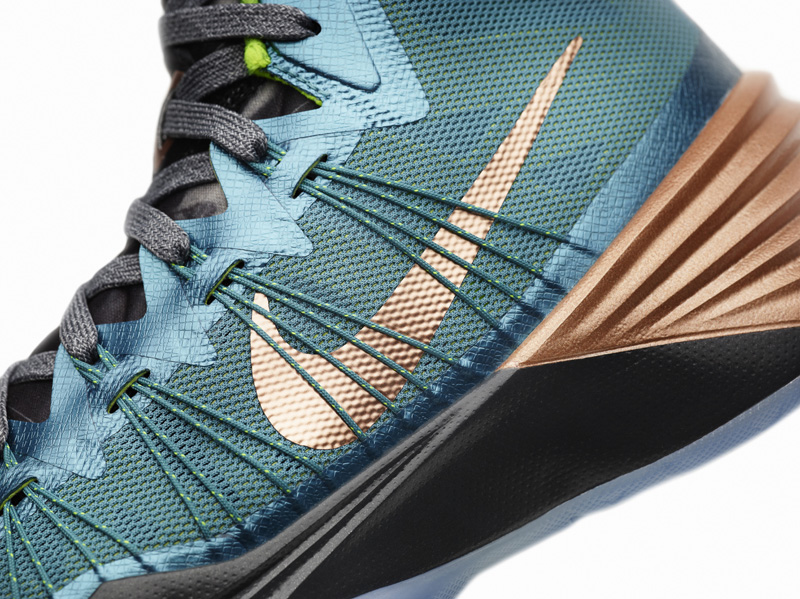 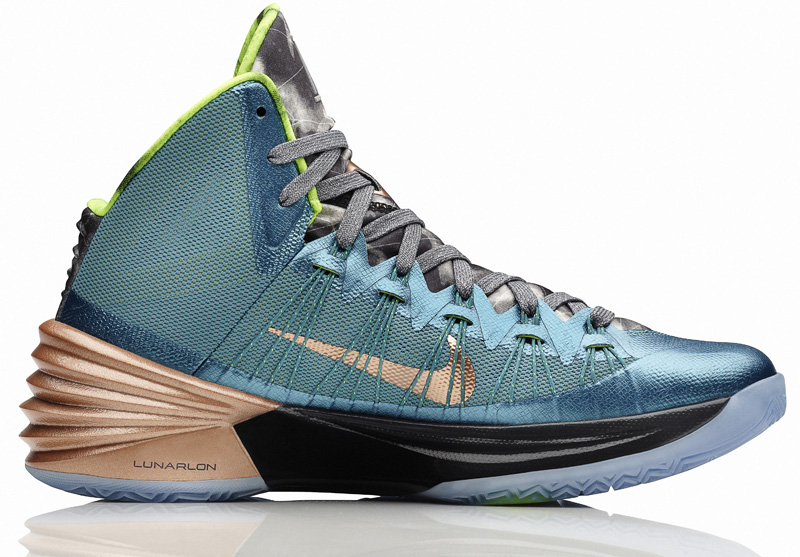 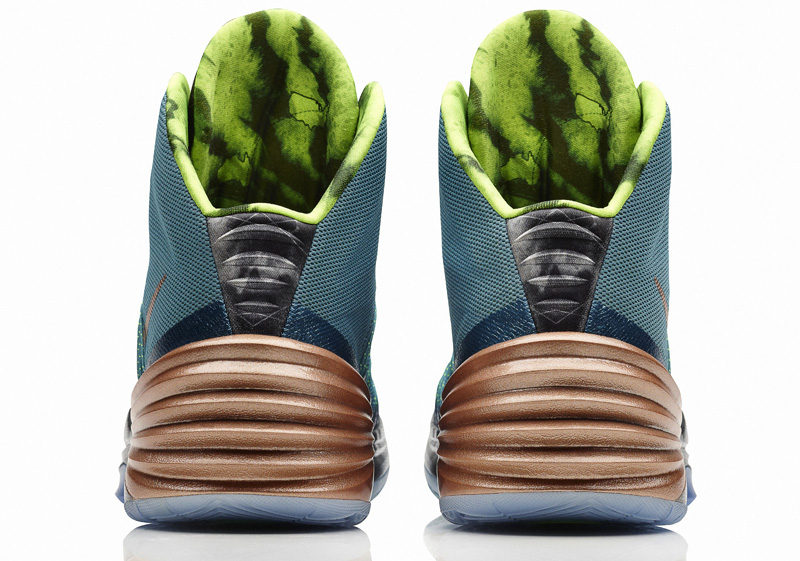 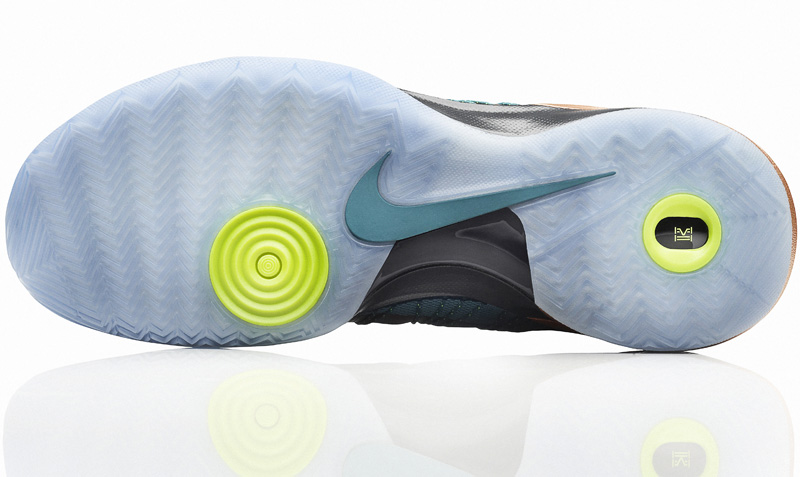