Jason Kidd just bought a $5.975M mansion in the Hamptons this week. I guess he wanted to join his buddy Lebron James so he could rub his championship ring in his face more frequently? Since Kidd still plans on playing another couple seasons, it looks like he may be setting himself up for retirement in the NY area.

Jason Kidd's House in the Hamptons 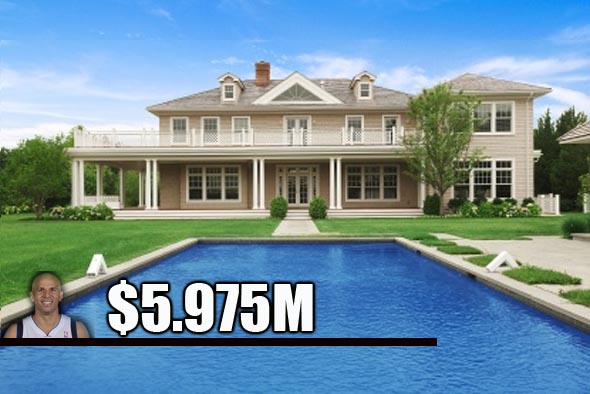