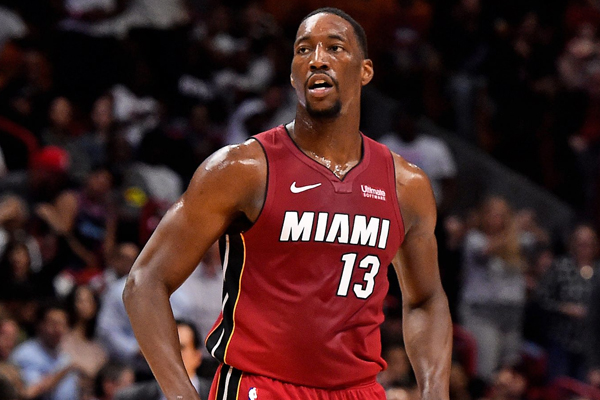 Bam Adebayo is a big dude. He is 6-foot-10 and weighs 255-pounds. But just because the Miami Heat center is big, doesn’t mean he can eat plate after plate of burgers and that was evident when Adebayo went up against Kobayashi in a burger eating contest.

Adebayo, who was on a team of three challenged eating legend Takeru Kobayashi to a burger eating contest. Kobayashi consumed 16 burgers before Adebayo managed to eat just one of the six burgers on his plate in five minutes. The 5-foot-8, 143-pound Kobayashi downed 20 burgers before his three competitors could finish their plates, all of which had six burgers on them.

The man is a machine. pic.twitter.com/WIkOJvS1Uq

Adebayo didn’t sound at all surprised by the result.

“It’s kind of like a high school player against LeBron,” he told the South Florida Sun Sentinel. “It’s kind of an automatic loss.”

Bam Adebayo on his sad one-burger finish against Kobayashi, “Bro, this is not my profession. I’ll be ready to throw up right now. He came out strong in the second half.” Kobayashi at 20 in five minutes. pic.twitter.com/DIaHCtsFdm

In the end, all was not lost as $100 was donated for every burger Kobayashi ate for Feeding South Florida, a food bank in Pembroke Park, and Adebayo let us know which one of his teammates should have participated in the event instead.

“They definitely should have sent Meyers [Leonard],” Adebayo said. “He’s one of the guys that’s really into calories.”