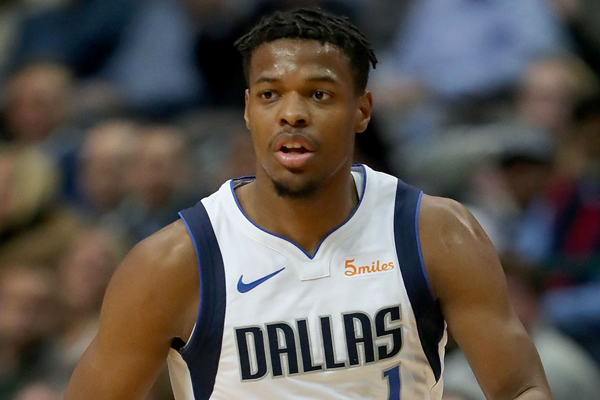 According to ESPN, Dennis Smith Jr. should be ready to suit up for the Mavericks’ Tuesday home game against the Clippers.

The “official” story is that Smith has missed the past five games due to a back injury and illness, but his absence coincided with rumors that the team was looking to trade him. Smith has also been open about his desire to leave Dallas, but the team reportedly won’t trade him unless they receive a good deal in return.

Mavs coach Rick Carlisle has been shockingly nice in his comments about Smith since the announcement he’s coming back, even apologizing to him and apparently telling the team to be open and warm upon his return.

“I don’t know exactly what’s going on, but I know one thing: This kid is a team guy, and he loves being with his teammates, and he really respects his teammates,” Carlisle said.

“Listen, if that’s what they feel is in his best interests, he should trust his advisors. But it’s unlike him not to want to be with his teammates. I do feel strongly that people should not look at Dennis in this situation now and judge him harshly, that he’s doing something against his teammates or the Mavs or anything like that. I just think this is a business type situation, and this is what he’s being advised to do.”

Smith quickly became the face of the Mavs future after he was selected ninth overall in the 2017 NBA Draft, but he fell out of favor as it became clear he would take a backseat to rookie Luka Doncic who is having a breakout season.

Smith is averaging 12.6 points per game with 3.9 assists and 2.6 rebounds this season.