Rumor: Could Markelle Fultz be Open to a Trade?

Anou Enright November 22, 2018 Rumors No Comments on Rumor: Could Markelle Fultz be Open to a Trade? 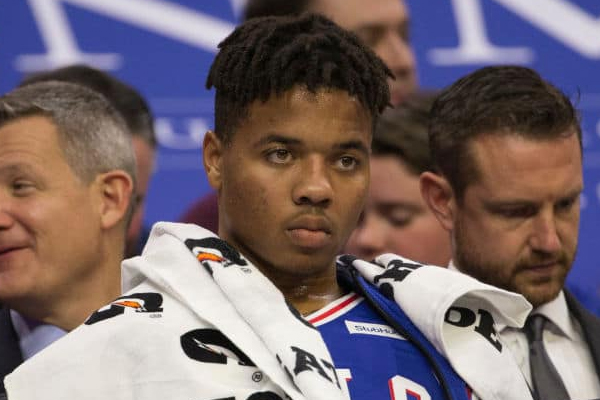 It looks like Markelle Fultz wants a fresh start and would prefer to be traded by the 76ers or does he?

After months of speculation over Fultz’ questionable injury status, a report has come stating that he has been playing with a contusion on his wrist as well as his existing shoulder ailment.

“I have given no indication to Elton Brand or anyone else that Markelle would prefer to be traded. My focus is to get Markelle healthy. End of story.”

For now, Fultz is scheduled to see specialists in New York next week to look at his right shoulder and Sixers management have been in contact with his agent to discuss potential next steps.

After the game, when asked about a report that Fultz would prefer a fresh start elsewhere, 76ers coach Brett Brown said,

“It would be irresponsible and reckless for me to even comment on it. I won’t until I learn more.”