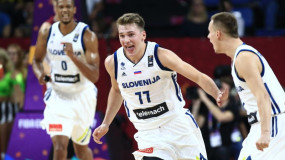 Go ahead and book Luka Doncic for NBA superstardom right now. His television interests are that relatable. ESPN The Magazine‘s Mina Kimes penned an in-depth profile on the Slovenian basketball prospect, who is expected to go in the top three during this June’s NBA draft. The entire thing is worth a read. Nay, it demands a read. It offers [...] 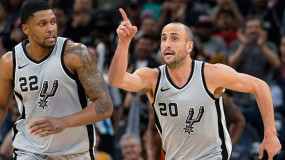 Thank the basketball gods for Rudy Gay. Seriously. Do it. He just gave us one of the greatest off-beat quotes in NBA history. The San Antonio Spurs clinched a playoff berth with a victory over the Sacramento Kings on Monday night. Their effort wasn’t the best at times; they spent a good deal of the [...] 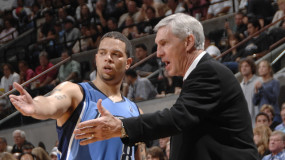 Jerry Sloan was one of the longest tenured coaches in NBA and professional sports history. He coached the Utah Jazz for more than 22 seasons, from 1988 to 2011, and was there during the majority of the John Stockton and Karl Malone era. He was at the helm when the Jazz made two consecutive NBA [...]

Chris Paul Threw Up After Hearing of Trade to Rockets 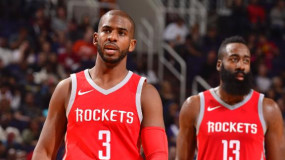 Maybe the biggest blockbuster trade that occurred this summer (they were a few) was the Clippers trading Chris Paul to the Rockets for Lou Williams, Patrick Beverley, Montrezl Harrell and Sam Dekker. Paul had been the heart, soul and leader of the Clippers franchise for six seasons, but things have gone even better than the [...] 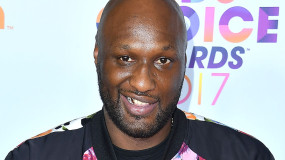 Lamar Odom is getting into the marijuana business. Yes, that Lamar Odom. And yes, that marijuana business. In a press release (h/t SLAM Online), the former NBA star announced he would be investing in Rich Soil Organics after he found the use of cannabis very helpful during his rehab for substance abuse: While going through [...] 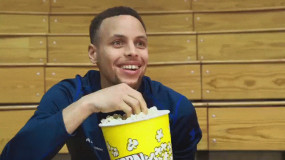 Stephen Curry has the hottest popcorn takes. During an appearance on ESPN’s new morning show Get Up, the two-time MVP/resident popcorn expert told Jalen Rose that the Philadelphia 76ers serve the worst version of the snack, while the Miami Heat offer the best. Here’s a snippet of the conversation and Curry’s evaluations, courtesy of For The [...] 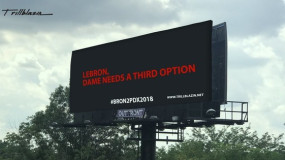 The LeBron billboard craze continues, but this time the billboard is essentially tolling LeBron and the previous billboards, not actually trying to pitch LeBron to come to their city in free agency. About $6,000 was raised in a Go Fund Me account in Portland to purchase a billboard in the city that doesn’t exactly include [...] 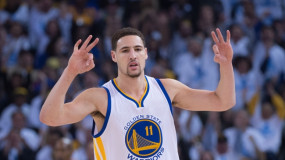 Klay Thompson makes it look effortless to be on an NBA court with his lethal jump shot and ability to come off of screens and nail deep-range shots with remarkable accuracy. He is one of the best marksman in NBA history and is very laid back and non-ego driven, a necessary quality when at times [...] 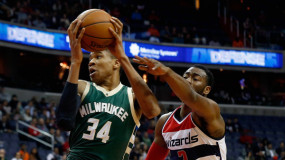 Giannis Antetokounmpo’s rise from unknown prospect in Greece to NBA superstar has been one of the more interesting in the NBA in some time and his otherworldly combination of size, speed and length combined with his endearing personality make him a great face for the future of the NBA. He is currently in the first [...] 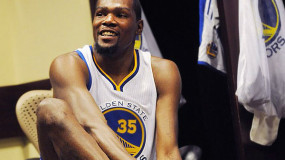 Kevin Durant isn’t yet done taking aim at those who have criticized him for abandoning the Oklahoma City Thunder and signing with the Golden State Warriors in 2016. His latest troll: A KD 10 colorway with a snake emoji. Here’s a pic: Sole Collector’s Brandon Richard elaborated on the significance of Durant’s footwear: Earlier today, [...]