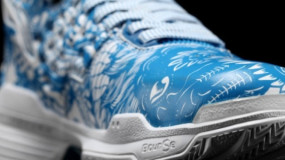 February 24, 2012 – Ben Berry After wearing the Li-Ning Brassmonkey last year at All-Star Weekend, the Philadelphia 76ers Evan Turner is back this year with a Year of the Dragon-inspired sneaker in the form of the Turningpoint. Turner’s new signature picks up where the Brassmonkey left off and has been seen on his feet [...] 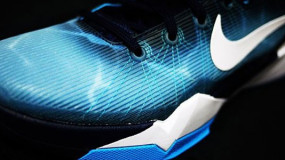 January 24, 2012 – Ben Berry One of the Swoosh’s favorite color from 2011 was definitely Treasure Blue and these Zoom Kobe VII “Great White Shark” edition’s use it masterfully. Peep the images of this great pair of kicks from the Kobe Predator Pack that you’ll want to pick up. Phenomenal swag… [...] 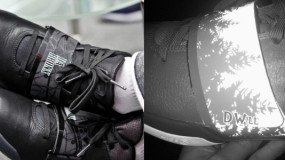 January 16, 2012 – Ben Berry The Bloodline runs deep. Under Armour has spent the better part of the last two years building up their basketball division by taking careful steps to ensure success. [...] 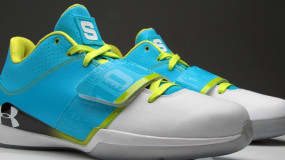 January 3, 2012 – Ben Berry Under Armour’s basketball division continues to gather attention to Brandon Jennings’ current signature sneaker, the Micro G Bloodline, with exclusive colorways and inspiration for this one came from a major sneaker media presence in Sole Collector. This special SMU tells the story of Sole Collector from their magazine launch [...] 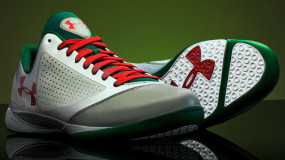 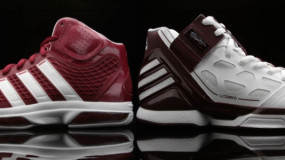 December 21, 2011 – Ben Berry As the years have gone by, sneaker companies have begun taking some of their most popular silhouettes, and during the NCAA season constructing a limited set for the college programs they endorse. In this case adidas Basketball takes the signature sneakers of their two biggest players, Derrick Rose and [...] 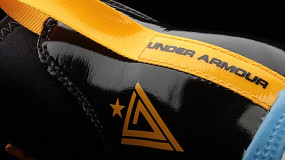 December 20, 2011 – Ben Berry Against the New Orleans Hornets, Greivis Vasquez debuted this Under Armour Juke SMU this past Friday by coming off the bench for an impressive 7 points and 6 assists all within nine minutes. A black CompFit sleeve sits inside the mostly black sneaker upper and is set off by [...]