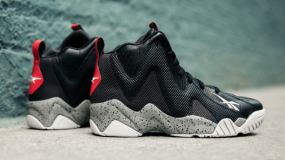 As Reebok comes into the Kamikaze II’s 20th anniversary since a former Seattle Supersonics All-Star first debuted the sneaker in 1996, the Vector Brand is scheduled to release this very timeless-looking edition. For the Reebok Kamikaze II ‘Overcast’, this new colorway gets its nickname by playing off of Shawn Kemp’s “Reignman” moniker while in the [...] 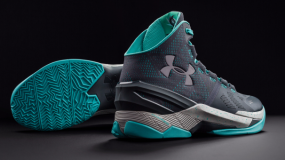 For having released in the second half of 2015, the Curry Two has already released in either colorways at the time of this posting. Even with the high volume of different editions, Under Armour has come with strong color-blocking and paneling. The upcoming Under Armour Curry Two ‘Rainmaker’ is exceptionally good. Playing off the double [...] 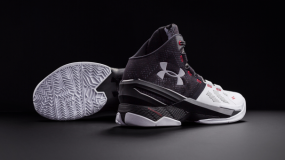 As Stephen Curry continues to be the NBA’s brightest star, he is bringing Under Armour along to shine with him. Currently in his second signature UA sneaker, the Curry Two gets a new, classy colorway. Officially known as the Under Armour Curry Two ‘Suit & Tie’, this tuxedo-inspired colorway works well since the Curry Two [...] 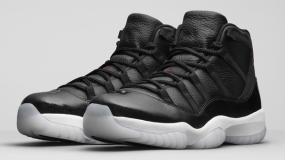 Ever since 2008, December has been the month for an Air Jordan 11 release. Always anticipated, it has been proven that any AJ XI drop will be one of the most sought after of the year. This year’s is no different. In celebration of the Chicago Bulls season where the team won 72 games and [...] 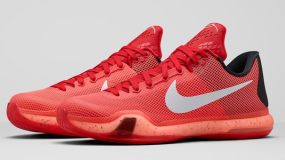 Despite getting an official nickname, the ‘Majors’ Nike Kobe X colorway isn’t really inspired by a specific event, happening, or achievement in Kobe Bryant’s life. It is simply a good pair of red Kobe X. There is even an entire set of Kobe X ‘Majors’ apparel from Nike coming out to compliment the sneakers. Pieces [...] 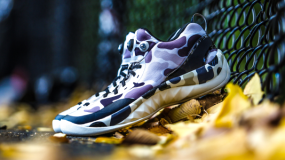 Reebok translates the redesigned Pump custom fit system into its first basketball iteration in the ZPump Rise. As seen on Reebok ZPump Rise, the newly-designed Reebok Pump technology is now made up of three pieces allowing for the air in The Pump bladder to surround the entire upper instead of just the tongue like traditional [...] 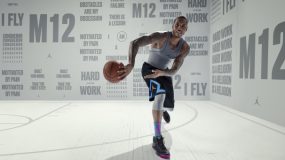 Since Carmelo Anthony and the New York Knicks are off to their best NBA season start in years, it is only proper that Jordan Brand keeps their longest active signature athlete equipped; enter the new Jordan Melo M12. For the 12th pair of Jordans made for Carmelo Anthony’s signature series, the Melo M12 looks to [...] 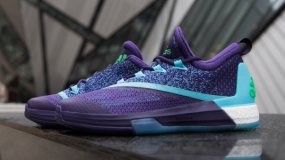 After taking a break from their “.5” performance sneaker upgrade series, adidas returns to form with the unveiling of the adidas Crazylight Boost 2.5 basketball sneaker. The first adidas Crazylight Boost 2.5 colorway coming out is the ‘Aurora Borealis’ edition. The official name for the 2016 NBA All-Star collection by adidas, the is aptly named [...] 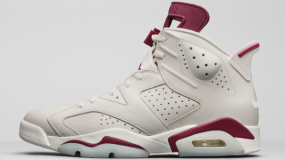 As popular as the Air Jordan VI is, not every original colorway has been given the Retro treatment yet. Jordan Brand goes into their vault for the first re-issue of this fan-favorite Michael Jordan sneaker. Being one of the most anticipated releases of the year, the Air Jordan 6 ‘Maroon’ is one of the few [...] 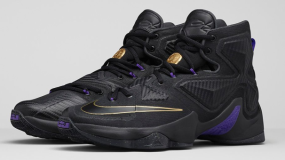 The latest signature sneaker for LeBron James continues to pick up stream with this new, regal colorway. Officially called the Nike LeBron 13 ‘Pot Of Gold’, this new colorway is mostly black with deep purple and metallic gold accents. I fully expect DeMarcus Cousins to throw these on for a few games this seasn as [...]