admin November 3, 2022 Blogs 1 Comment on Can the Warriors Win Another Championship Ring? 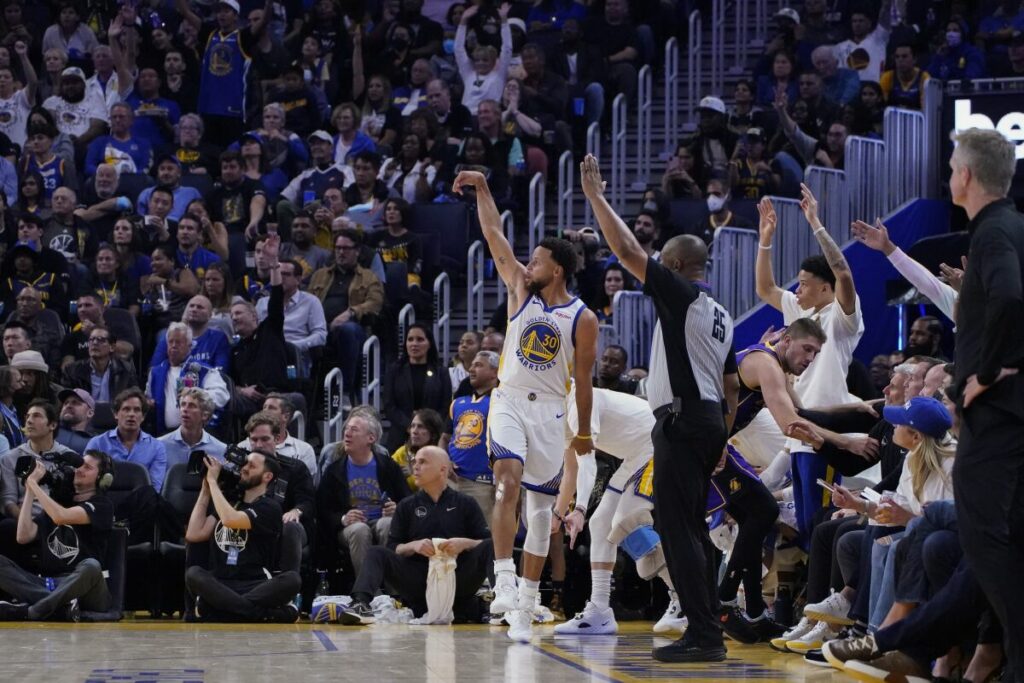 The Golden State Warriors have reclaimed their crown atop the NBA after winning their fourth championship in eight years on June 16 in Boston. The Warriors would become the most dominant NBA dynasty since the Chicago Bulls in the 1990s if they won their fifth title in nine seasons.

The problem is that there is little chance of Stephen Curry and the Warriors making it back to the NBA Finals. However, winning a second Larry O’Brien will be significantly more challenging.

The chances of the Warriors winning the NBA title in 2023 are becoming slimmer for several reasons. Despite that, you can make your NBA experience better by betting on top plays. Visit sport betting sites providing additional information on betting guides.

Below are reasons why the warriors are not likely to win another championship ring.

It takes a young team to win the NBA title more than once. If the Warriors want to win another championship, everyone must contribute, but the team’s hopes ultimately rest with Stephen Curry, who is 34.

In the past 20 years, there have been several repeat champions, but each one has been managed by a star aged 31 years and below. Durant and Stephen were aged 29 years at the time of the Warriors’ most recent comeback.

The last time a player Stephen’s age led his team to multiple championships was during Michael Jordan’s final title in 1998 when The GOAT was 34. No player beyond 32 has ever been the No. 1 player on a team that won back-to-back championships, except for Hakeem Olajuwon in 1995.

If the Warriors make it to the NBA Finals in 2023, they won’t likely play a similarly inexperienced squad as they did against the Boston Celtics in the previous season.

In 2022, the Eastern Conference’s elite team is formidable and filled with superstars. If Golden State is the Western representative in the 2023 NBA Finals, whoever emerges will be battle-tested and likely as talented as the Warriors.

It is almost certain that these players will perform at superstar levels if James Harden, Joel Embid, and the Philadelphia 76ers or Kyrie Irving, the Brooklyn Nets, and Kevin Durant don’t disintegrate this season and make it to the 2023 NBA Finals.

And if the Boston Celtics face the Warriors in the NBA Finals, it implies they have recovered from the Ime Udoka scandal setback and are a much more experienced squad than the runner-ups from the previous season. If the Warriors advance to the Finals, a battle will erupt regardless of which of the six possibilities wins.

Challenge of the Western Conference

First, the Warriors’ trip to the NBA Finals in 2023 is not entirely guaranteed. The Western Conference is packed, making it difficult for the Warriors, Steph Curry, Steve Kerr, Klay Thompson, and Draymond Green, to beat the top teams in their conference.

The NBA season of 2022–2023 and the Western Conference Playoffs of 2023 include at least eight teams that potentially challenge the Warriors. With a healthier Devin Booker, a new owner, and a happier Deandre Ayton, the Phoenix Suns will challenge last year’s West champions. The Suns won’t be the Warriors’ only challenger.

The Warriors also have to deal with four teams, each of which has two players capable of winning a playoff series on their own. Jamal Murray and Nikola Joki? from the Denver Nuggets, Anthony Davis and LeBron James from the Los Angeles Lakers, and Paul George and Kawhi Leonard from the Los Angeles Clippers are some of the best players in the league.

Due to the above mentioned factors, the Warriors will find it challenging to win another championship ring. Even though luck might play a part, it can’t be relied upon entirely. The Warriors have a better chance of winning if they bring in some fresh, young talent with potential.