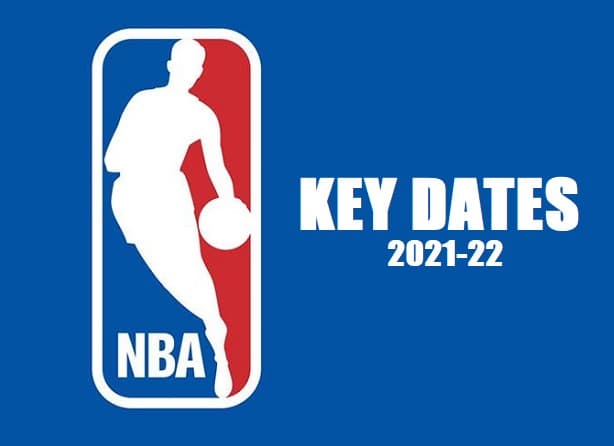 NBA Basketball is a fast-paced, action packed game guaranteed to keep fans entertained. The rapid rate at which baskets are scored ensures that there is not a dull moment to be had for those watching this unique sport. Whether you watched the game where Michael Jordan scored 69 points against the Cleveland Cavaliers, Tracy McGrady scoring 13 points in 35 seconds against Houston, or Kobe Bryant scoring 81 points against Toronto in what was the second highest score in history, we all have our own best basketball games that we remember.

Watching the NBA is a must this 2021-2022 season, so let’s look at the key dates you need to save in your calendar if you don’t want to miss the lively excitement, and historic basketball moments being made by your favorite NBA players on these key NBA dates.

Which Teams are Featured by the League?

It is interesting to note that the NBA shortened the games to 72 in the 2020-2021 season in order to bring the league back to the regular-season calendar, but this year the 30 teams will play the usual 82 games.

The Los Angeles Lakers and Boston Celtics are currently the most popular and successful teams in NBA history, with both teams boasting rights to the fact that they have claimed 17 NBA winning titles each. The Los Angeles Lakers have made history with an impressive record of being the only team to get 30 NBA finals, 17 team winners, and 15 times runners-up in the NBA. With statistics like these, one can only but eagerly anticipate every game of the upcoming season.

The NBA is the most enjoyed and anticipated competition in basketball, with fans eagerly awaiting the release of each new season’s dates and schedules. In what is the 75th year of the league, the NBA will commemorate this momentous year throughout the current season, and will be releasing interesting historic lists to its awaiting fans.

A media panel compiled a 75th Anniversary team, which comprised 75 of the greatest league players in history, current and former players, coaches, general managers, and team executives. Keep these historic bits of NBA history close at hand while watching your best basketball games this season. Now let’s take a brief look at the structure the 2021-2022 season will take.

What is Christmas day without an NBA game for fans to watch? There is nothing quite like sitting down to watch your favorite team after a sumptuous Christmas lunch and family time. As usual, this year fans will be treated to five great NBA games; Hawks at Knicks, Celtics at Bucks, Warriors at Suns, Nets at Lakers, and Mavericks at Utah Jazz. Be sure to get the turkey out early to avoid missing your favorite team play.

With the 75th year celebrations being paramount to this season’s planning, the summer league will feature the NBA 75 Classic Matchups. These will be played to celebrate the legendary people who have made NBA basketball history over the past 75 years.

November 1, 2021, will see the New York Knicks and the Toronto Raptors play the first of the classic matchup games. This date is significant because it marks the anniversary date of the very first regular-season NBA game.

The Los Angeles Lakers and the Atlanta Hawks will play the final classic matchup game on January 7. On this date 50 years ago, the Lakers beat the Hawks in what was their 33rd straight win, making it the longest winning streak in NBA history.

Over and above the excitement of the Christmas Day games, the month of December will see more Classic Matchups, with a celebration of the three franchises who have played in every single NBA season. The Boston Celtics, the New York Knicks, and the Golden State Warriors (previously known as the Philadelphia Warriors) hold these boasting rights and are sure to give it their all as they take to the hardwood. Put these five dates in your calendar:

Who Will Take the League?

Every fan believes that their team is the best and has a chance of winning the league – after all, this is the way loyalty works. However, there are certain teams which are tipped to be possible winners and are the ones to look out for this season. 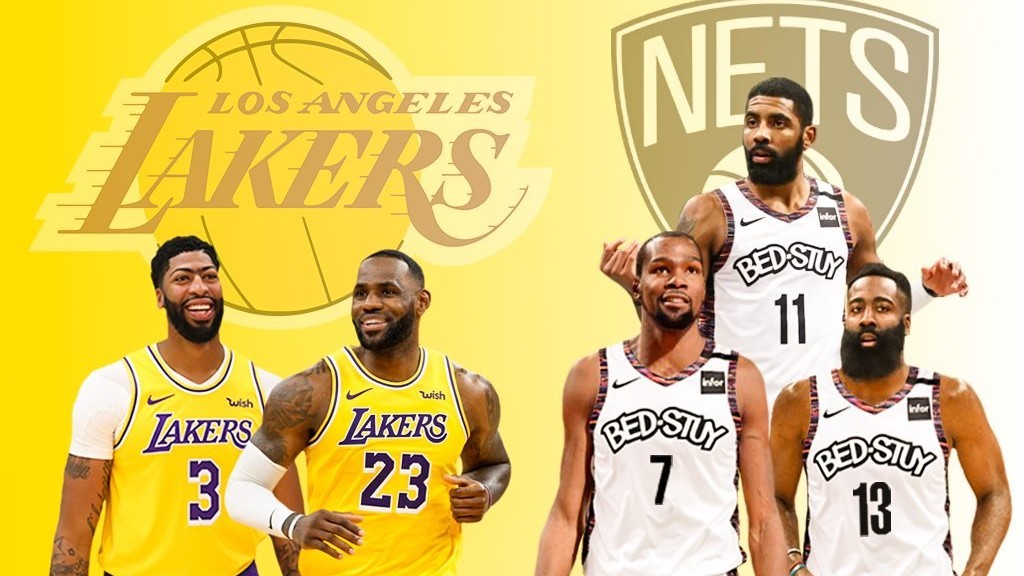 Currently it is the Brooklyn Nets who appear to be the favorites to claim the coveted Larry O’Brien Trophy, and although the Lakers had a rocky start to this 2021-2022 season, their popularity in the winning stakes is increasing. The last of the three considered to be most likely to win, are the Bucks. Of course, all of this is mere speculation, and one never knows when a team may step up to the mark and surprise us all with an outstanding game delivery on the day. Personally, I tend to root for the underdog, which is unlikely to win me any popularity points amongst NBA fans!

No matter the team or the player, the fierce competition has already commenced, and all bets are on as to who will walk away victorious. Don’t miss players take to the hardwood to make impressive passes and go for every shot in every game. This year’s NBA 2021-2022 season promises its loyal fans more exhilaration, excitement, and entertainment in what is the NBA 75th anniversary year.