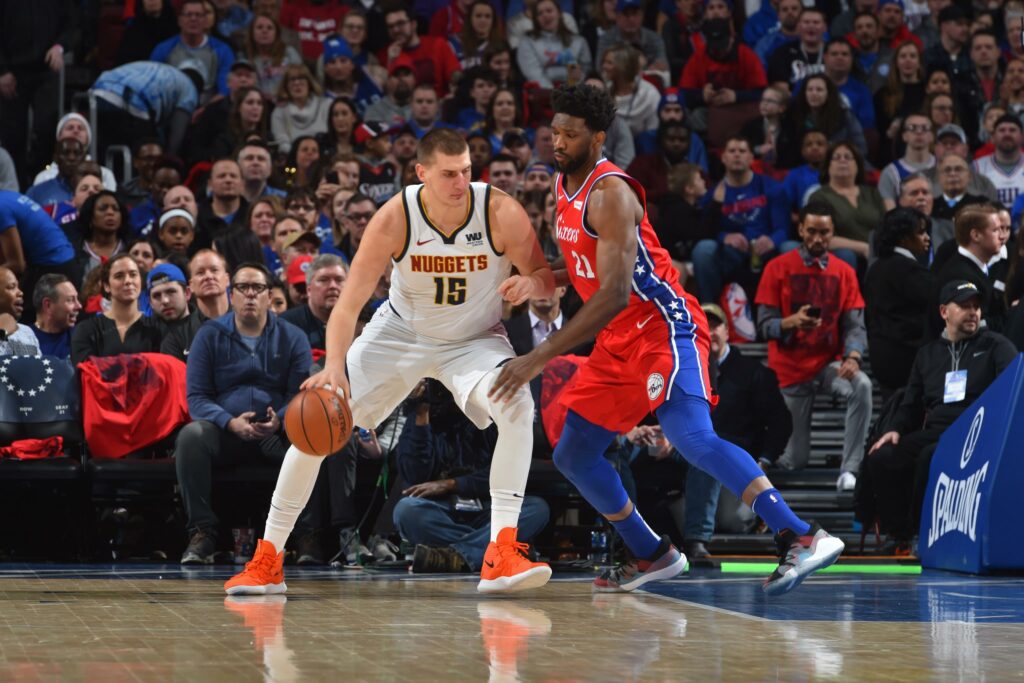 We’re nearing the finale of the NBA season, and with that, the closing stretch for league superstars to make their case for the MVP. Whether fair or not, the award accounts only for the regular season, meaning it’s now or never to lock up the hardware.

After several seasons with runaway MVP winners (Steph Curry and Giannis Antetokounmpo, most recently), this year has been more wide-open in the category. It’s been mostly a two-man race between Nikola Jokic and Joel Embiid all-year long, so who has the edge? Let’s break it down:

Historically-speaking, the MVP usually goes to the best player on a contending team. It’s safe to say both the 76ers and Nuggets are contenders in 2021, with each having good betting odds to win the NBA Finals at the present moment.

Both teams have close to the same record, with Philly at 46 wins and Denver right behind with 45. Regardless, we think the Sixers are seen as bigger NBA title threats than the Nuggets, which helps Embiid’s MVP case more.

More than anything else, it comes down to playing conferences. The Eastern Conference is there for the taking and currently holding the one seed, Philly is in prime position to play for the championship. Denver, though, must run through a gauntlet that includes teams like the Lakers, Clippers, Suns, and the first-place Jazz.

When MVP voters measure how a candidate contributed to his team’s overall success, we suspect they’ll swing in Embiid’s way given how Philly has overachieved and maintained first overall out East almost year-round.

If there’s one word to describe both Embiid and Jokic playing style it would be “efficient.” The two big men just know how to affect the entire game in an almost effortless-like fashion. All one has to do is look at the two’s player efficiency rating.

League-wide, they rank one and two in the metric. Jokic wins out with a 31.23 PER, while Embiid is at 30.70. To put Jokic’s PER in perspective, over the last five years, only one player finished the season with a higher number — Antetokounmpo last year when he won his second MVP.

As you’d expect, the two players yearly stat averages are mostly on par, except in one metric: assists. Of course, this is where the “Joker” excels. Already one of the best passing big men in NBA history, Jokic one-upped himself this year with a career-high average in the category at 8.4 per game.

Embiid did outscore Jokic, but just barely. He’s averaging 29.1 points per game to Jokic’s 26.4. But here again, Jokic proved to be more efficient, knocking down 56.5 percent of his shots versus 51.1 percent for Embiid.

The edge in this voting field has to be Jokic. We mean, the man is almost averaging a triple-double on the season. His superb passing ability and sharpshooting made him slightly more lethal than Embiid.

Let’s face it, media members who vote on MVP love “stories.” After all, that’s their primary job, to tell the best stories. Media narratives are the reason why LeBron James doesn’t have more MVP wins — after so much dominance, voters got tired of him and wanted a fresh name and stor to latch onto.

With that said, Embiid’s injury history hurts his chances here. That’s always been the big knock on him — he’s just not durable enough to withstand a complete NBA season. He’s only reinforced that narrative this year after missing another 20 games or so.

Jokic, on the other hand, hasn’t missed a game all-year long. He’s been the model of consistency. Not only that, he’s flipped the switch since co-star Jamal Murray went down with a season-ending injury.

Since that bad break, the Nuggets have gone a whopping 10-2, including clutch wins against the likes of the Knicks and Clippers. When his team has needed him most, Jokic has answered the call, which earns him this tie-breaker victory.

Welp, the score has been settled — Jokic should win the 2020-21 MVP award, which is announced well into the NBA postseason. It was a close race, but he just has the stronger overall argument wire-to-wire. Crown the man!