Anou Enright May 6, 2019 Blogs 1 Comment on Before Their Game 4 Loss, Joel Embiid Got No Sleep and Needed an IV 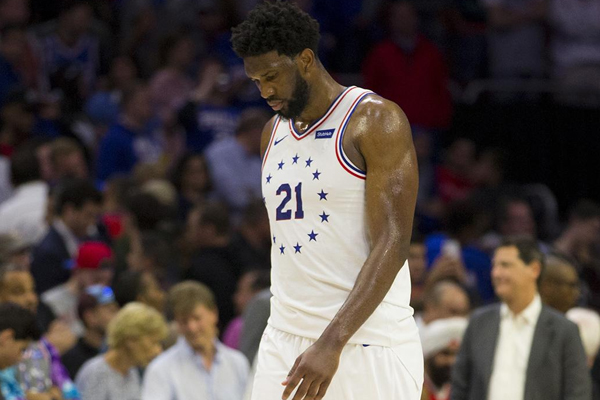 Joel Embiid’s lethargic performance in Sunday’s Game 4 loss to the Toronto Raptors can now be explained.

After dealing with a bout of gastroenteritis last week, Embiid was reportedly sick prior to the game and was forced to have an IV at 6 am ET after staying up all night. This current illness is unrelated to the stomach flu that plagued him during Game 2.

"He just kind of willed his way through it."

Sixers coach Brett Brown gives props to Joel Embiid, who woke up unsure if he would even be able to play in Game 4. #NBAPlayoffs pic.twitter.com/7aVY4bTPJH

The best-of-seven series heads back to Toronto on Tuesday.