admin March 15, 2021 Rumors No Comments on A Look at the Three Canadians Who Have Played for the Warriors 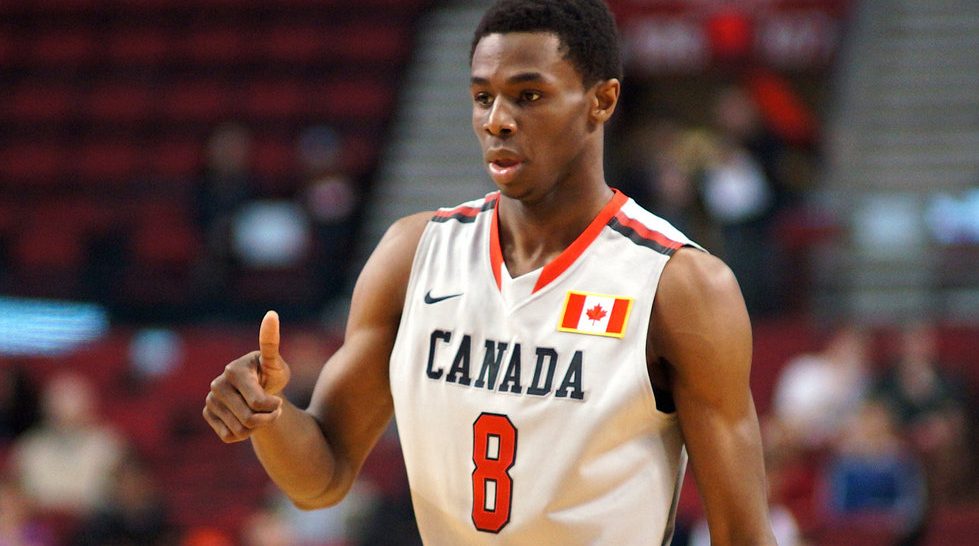 The Golden State Warriors have seen three Canadians play for the team; two of which are members of the current line-up. Let’s take a closer look at the Warriors’ Canadian players.

It was a year ago that Toronto-born Andrew Wiggins was traded to the Golden State Warriors. In his debut game against the Los Angeles Lakers, Wiggins managed to score 24 points and had 5 steals. Warriors fans are now waiting to see what Wiggins can accomplish this season. But judging by his past record, it looks like Wiggins could become a key part of the Warriors line-up.

The twenty-five-year-old Canadian started out playing college basketball for the Kansas Jayhawks before being drafted in 2014 by the Cleveland Cavaliers as the first overall pick, making Wiggins only the second Canadian to be taken number one overall in the history of the NBA draft. Wiggins also plays for the Canadian national team, and in 2016, he was part of the Summer Olympics team, where he led the way by scoring 15.1 points per game. 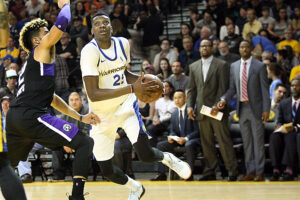 Chris Boucher was born in Saint Lucia but he moved to Montreal, the home of his Canadian father, when he was five years old. He played college basketball for the Oregon Ducks, and in only his second game with the Ducks, in 2015, Boucher scored 15 points and gathered 8 rebounds. He set a single-season blocks record with 110. Due to an injury, he wasn’t drafted for the NBA until the 2017-2018 season, when the Golden State Warriors signed him to a two-way contract. In fact, Boucher was one of the first players to sign up for the new two-way contract policy of the NBA.

On March 14, 2018, Boucher played his first game with the Golden State Warriors, where he achieved one rebound and one 3-point attempt. Although Boucher wasn’t able to play in the playoffs because of his two-way contract, he was part of the Warriors’ championship team that beat the Cleveland Cavaliers in the 2018 NBA Finals. Boucher didn’t last long with the Warriors, though. On June 22, 2018, the Warriors waived Boucher. He then signed with the Toronto Raptors, for which he still currently plays. In a game between the Raptors and the Warriors, on January 11, 2021, Boucher could only look on in dismay as his old team narrowly beat the Raptors 106-105. Even the most ardent sports betting fans would have struggled to call the result of that game. 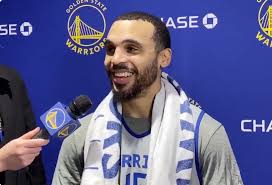 Another Canadian signed by the Warriors in 2020 was Mychal Mulder, although he was only signed on a ten-day contract. On February 27, the Ontario-born player debuted against the Los Angeles Lakers, where he had 2 points and 4 rebounds, although the game was a 116-86 loss. Shortly after, in his third game with the Warriors on March 1, 2020, Mulder achieved his career-high of 17 points, alongside 2 rebounds, one assist, one steal, and one block, in a game against the Washington Wizards, although the Golden State Warriors just missed out on winning. The game ended as a 124-110 loss for the Warriors.

Less than a week later, on March 7, Mulder set a new career-high in a game against the Philadelphia 76ers, with 18 points and 3 assists, helping the Warriors to win the game 118-114. After Mulder’s contract expired on March 10, the Warriors signed Mulder to a multi-year contract, and Warriors fans are eagerly waiting to see what more Mulder can do.