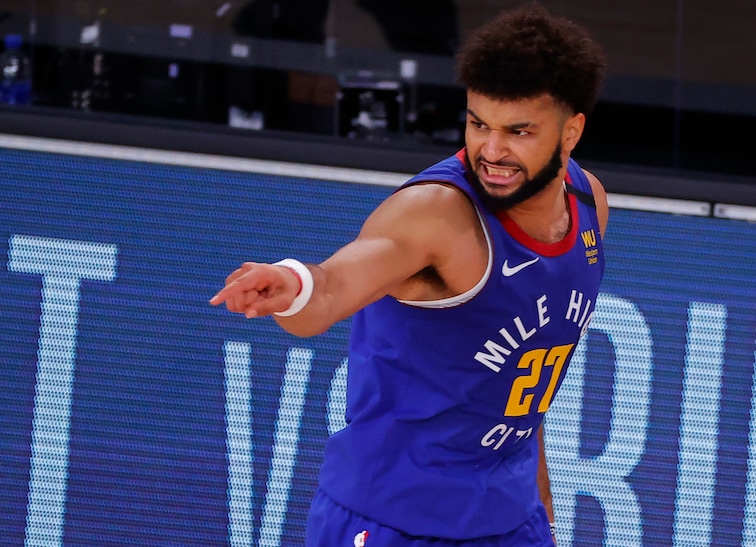 When the NBA season of 2019-20 was suspended last March 11 due to the COVID-19 pandemic, a lot of basketball fans were devastated. Thankfully, the NBA’s Board of Governors gave the go signal for a competitive set-up for the season’s return with 22 teams coming back to play starting July 30.

However, four games into the playoffs, three Game 5 matches have been postponed due to the Milwaukee Bucks refusing to play. Regardless of the postponements, the NBA playoffs will continue with a series of reschedulings. With this in mind, check out the two remaining matchups for Game 7 and see who the expert’s favorites are.

Meanwhile, after three back to back triumphs, Utah now holds a 3-2 lead in the best-of-seven matchup. During the regular season, they strengthened their efficiency in shooting and climbed up to the second-highest rank. They also established a 61.6% effective field-goal rate against Denver.

On the opposite end, it also hasn’t been a walk in the park for the Utah Jazz. With the Nuggets amassing points at a world-class rate on a per-possession premise, the Jazz can’t let their guard down even for a second. But, Utah can still depend on continuous successful defenses to ensure a series of wins during the playoffs.

The Nuggets, on the other hand, need to step up their game if they plan on remaining in the season. Although the Nuggets seem to be struggling with defense, they are still consistently making efficient shots.

When playing offense, per 100 possessions, the Nuggets can score 119.2 points. In correlation to this, Jamal Murray heads Denver’s offensive surge. The talented guard is averaging 28.0 points, 6.5 assists, and 6.0 rebounds per game, and the Nuggets are also posting the best offensive rebound rate in the postseason, grabbing 32.3 percent of available rebounds after failed shots.

The Los Angeles Clippers (LAC) will again compete against the Dallas Mavericks (Mavs) in Game 7 of the NBA Playoffs 2020. LAC has earned three victories within the initial five games. With a leading score of 3-2, LAC is listed as the 8.5-point top pick.

Meanwhile, 236.5 total points are the over-under in the most recent Clippers vs. Mavericks odds. Before choosing between Mavericks and Clippers, check out the DFS NBA predictions online to help in making a pick.

Porzingis missing in action is a vital factor in increasing LAC’s chances of succeeding. Without Porzingis, the Mavericks went down to 3.6 points less per 100 possessions. In truth, this should not shock anyone given his essential role as a defensive end’s rim protector and even an offensive floor stretcher.

Before his injury, Porzingis was already playing at a significantly high level. At a 53% clip, he knocked down 3-pointers and had put up 13 rebounds and 34 points in his last game.

Nonetheless, the Mavs still put up a good fight even without Porzingis thanks to great shooting from outside the arc and powerful work on bank shots. However, it will still take Luka Doncic and a few other key players to help keep up that world-class play and keep the scores well-matched. Moreover, if Seth Curry and Trey Burke can’t deliver the same good play like in the previous games, Dallas’ offense will go down rapidly.

Furthermore, Luka Doncic has raised his game to another level in preparation for competing against one of the best NBA teams. He is coming off of an impressive 17 rebounds, 13 assists, and 43 point performance. His play in the last matches is enough to keep Dallas’ hopes in continuing the playoffs alive, even with Porzingis on the bench.

Even though George and Leonard guard Doncic, it’s not a bother at all for 50% of his shots were successful despite the two’s defense. It is also worth noting that the Mavericks’ 1.36 points per possession are far better from their average during the regular season.

So far, Doncic’s excellent play has successfully kept the scores neck in neck in each game, as LAC’s largest margin of triumph is only eight points. He appears to improve his game with each defining moment he’s confronted with. Ultimately, the appearance of a clutch performance could let Dallas successfully take back the seven-point difference in Game 7.

The NBA Playoffs is one of the most awaited matches during the basketball season. Despite the number of games being canceled and the scare of the season being scrapped, a lot of basketball fans are delighted that the playoffs will continue. Even though the postponement of three Game 5 matches resulted in Game 7 being left with only two matches, NBA fans and basketball analysts alike are still looking forward to the outcome of the playoffs.