admin April 16, 2020 Rumors No Comments on How were the Nets and the Knicks doing at the end of the season? 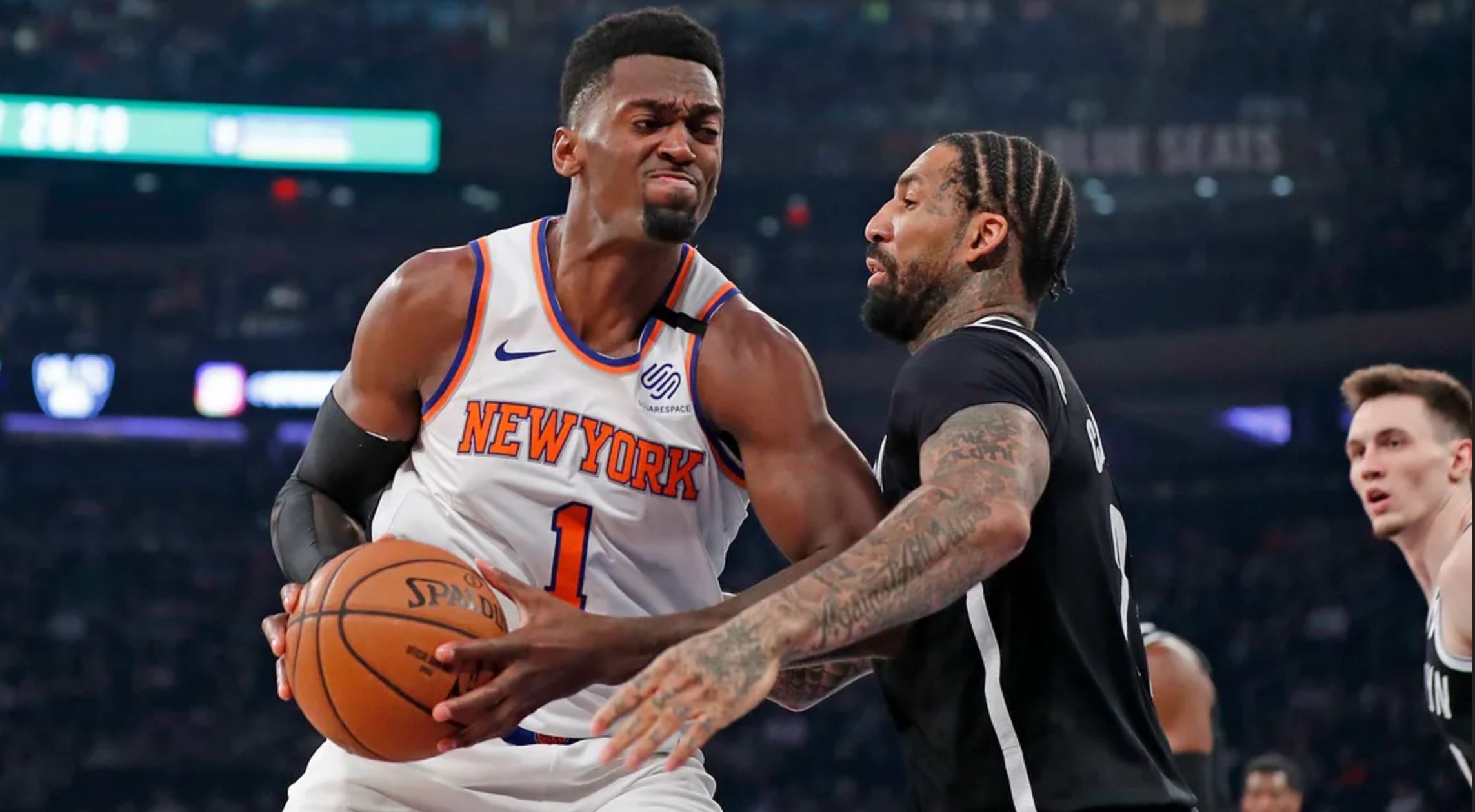 We may never know what the ultimate outcome of the 2019/20 NBA season would’ve been after the Covid-19 pandemic caused it to be postponed indefinitely on March 11th. Neither the Nets nor the Knicks were doing great at that point, but there was still a chance that things could improve, especially for the Brooklyn team. In fact, while the Knicks might be justified in seeing the suspension of the season as a blessed relief, it must be doubly frustrating for the Nets who may have been on the verge of genuinely turning things around.

Of course, the news that four players have tested positive for the virus, including Kevin Durant, is more sobering than any speculation over what might have been.

Let’s look at the New York Knickerbockers first. When the season was suspended, they were languishing at number 12 in the Eastern Conference and at the bottom of the Atlantic Division, going 21-45. At home they’d won 11 games and lost 22, while on the road they’d won 10 and lost 23.

After a league-worst record in 2018/19, where they ended 17-65, the Knicks got the third overall pick in the draft and went for Canadian star-in-waiting RJ Barrett, who’d made his mark playing at college level for Duke. They used their other pick (55th overall) to trade for Ignas Brazdeikis from the Sacramento Kings.

On December 6th, the Knicks fired head coach David Fizdale and replaced him with interim coach Mike Miller. On February 4th, they fired President Steve Mills, and General Manager Scott Perry took over operations until Leon Rose became the new president on March 2nd. None of these changes could improve the Knicks’ fortunes, however. They may have ended up with a marginally better record than in 2018/19, but it still wouldn’t have been anything to write home about.

Over in Brooklyn, the Nets’ season was one of dramatic ups and downs. As of March 11th, they’d won 30 games and lost 34, and were sitting at number four in the Atlantic Division, number seven in the Eastern Conference. It’s worth noting though the steep drop-off from the Philadelphia 76ers, with 39 wins, and Brooklyn with 30 (the same as Orlando Magic, although the latter had played and lost one more game than the Nets).

NJ sporstbooks are still open for when the season resumes, but the Nets are very much an outside chance to win the championship at 50/1. A far cry from last June when they were tipped as 18-1 favorites to win a title this year. Using their first-round picks to acquire Taurean Prince from the Atlanta Hawks and Jaylen Hands from the Los Angeles Clippers, plus drafting Nicolas Claxton in the third round, the Nets arguably had their strongest line-up in years.

Unfortunately, Caris LeVert was injured after just nine games, and two games later Kyrie Irving was out too. Losing two top players would put a cramp in any team’s style, and the Nets were going 4-7 after those first 11 matches. Things actually improved over the next dozen or so games, however, with the Nets’ previously lackluster defense rising to the challenge even as the offensive play inevitably suffered.

On December 21st, the Nets bounced back after being 13 points down against the Atlanta Hawks at the end of the third quarter. A thrilling final 12 minutes saw them win 37-14. On January 10th, they ended their seven-straight losing streak with a 117-113 victory over Miami Heat. Irving was back in action, while both Spencer Dinwiddie and Rodions Kurucs had their strongest plays of the season.

Irving really pulled it out against the Chicago Bulls on January 31st, shooting 19-23, and on March 3rd, LeVert took over in the final quarter of a disastrous game against Boston Celtics and completely turned it around, with help from Chris Chiozza. In what turned out to be their final game, against the seemingly unbeatable Lakers on March 10th, the Nets won by two points showing that on a good day they can still beat any team in the NBA.

Hopefully the season will be resumed before the end of the year and the Nets will live up to this promise. We may hope for better things from the Knicks as well. New York could do with some basketball cheer right about now.