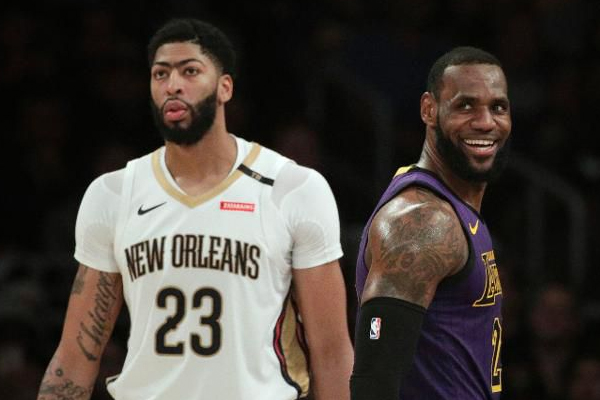 The Pelicans are set to acquire Lonzo Ball, Brandon Ingram, Josh Hart, and three first-round picks in return, including the fourth-overall selection in the 2019 draft.

The Pelicans have agreed to a deal to trade Anthony Davis to the Lakers for Lonzo Ball, Brandon Ingram, Josh Hart, and three first-round picks – including the No. 4 overall in 2019 Draft, league sources tell ESPN.

The Lakers have gone through extraordinary lengths to find a superstar to pair with LeBron. And a superstar is exactly what they got with Davis. He averaged 25.9 points per game and 12 rebounds last season while shooting 51.7 per cent from the field, and has been named to three All-NBA teams during his career.

For the Pelicans, Ball and Ingram offer an influx of young talent to pair with presumptive first-overall pick in this year’s draft, Zion Williamson.

Trading away Ball, Ingram and Hart does do a number on both the Lakers’ starting lineup and depth, but the team is competing in a league where superstars matter above all else. Just one can make you a contender. Two can turn you into the talk of the league.

And the Lakers probably aren’t done either, as The New York Times’ Marc Stein reports that Charlotte Hornets guard Kemba Walker will be a top target for the team in free agency.