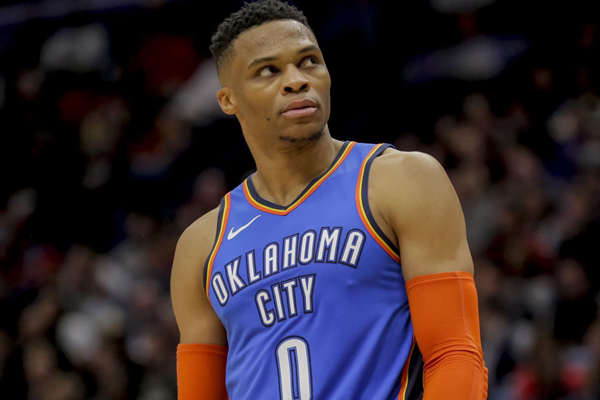 According to the Athletic, Russell Westbrook of the Oklahoma City Thunder, has been suspended one game without pay for receiving his 16th technical foul of the 2018-19 season.

Westbrook was given the technical with 3:29 left in Saturday’s second quarter against the Golden State Warriors for body checking Klay Thompson and then complaining about an earlier non-call. He will serve his suspension Monday, March 18 when the Thunder plays host to the Miami Heat.

Russell Westbrook gets his 16th tech of the season. That means a one-game suspension is on the way unless it gets rescinded.#DubNation pic.twitter.com/5l5773euT0

According to ESPN’s Bobby Marks, Westbrook’s suspension will cost him $245,891 in salary. It will also save the Thunder $522,521 in luxury tax payments.