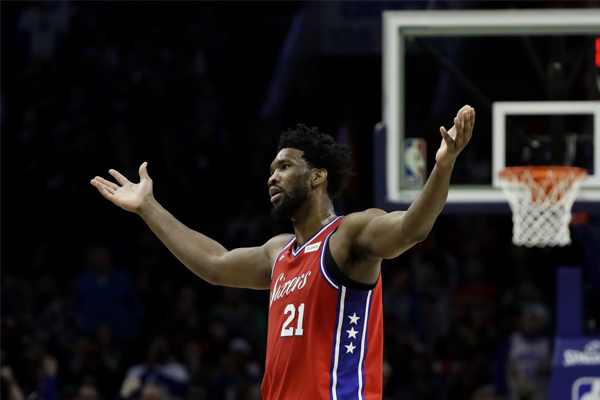 Joel Embiid wasn’t happy with the refs after his team’s 112-109 loss to the Boston Celtics on Tuesday night.

“The referees f–king suck,” the center said after the game.

Joel Embiid sure knows how to end a post-game presser ? pic.twitter.com/k7o3Evq2Ea

The biggest non-call and what really upset Embiid happened late in the fourth quarter. The All-Star failed to force a foul call on Celtics center Al Horford, leading to a Marcus Smart dunk on the other end to put Boston up four with 24 seconds remaining.

Embiid finished with 23 points and 14 rebounds, but was called for five fouls in the game. He had some physical moments with Al Horford throughout the night, and he wasn’t always able to get the calls he wanted.

The 24-year-old will likely face discipline from the league after his critical comments about the officials.