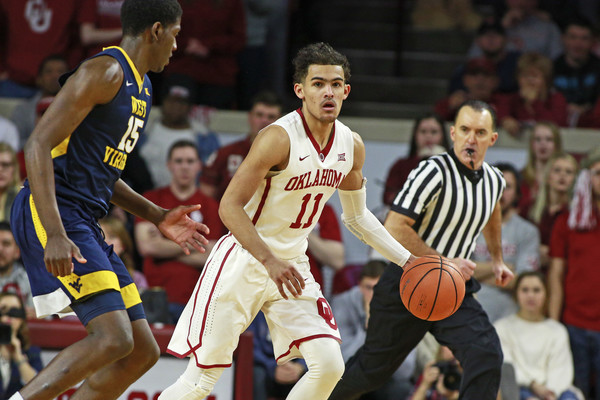 Ahead of an individual dinner and workout with the Oklahoma point guard prospect, Mill specifically said he’s intrigued by the 19-year-old, who has drawn very loose comparisons to Stephen Curry. Here he is in his own words, per the New York Daily News’ Stefan Bondy:

Before his dinner with Trae Young on Monday night and their pre-draft workout the next day at the practice facility, Knicks president Steve Mills said he’s intrigued by the Oklahoma point guard who “has the chance to be a special player.”

“He’s a little bit bigger than he looked on the court — a little bit bigger — but he’s an intriguing talent,” Mills said Monday at a gala hosted by the Hospital of Special Surgery to honor former Knicks great Bill Bradley. “You look at what (Young) did with the players he had around him and what he was doing at the start of the season, you have to say this guy has the chance to be a special player.”

Team executives typically have flattering things to say about top prospects prior to the draft. This in itself isn’t necessarily news. But the Knicks, in their case, could just as easily rule out taking another guard. That they seemingly haven’t suggests they might have real interest in Young.

It could also just be a symptom of their draft position. With the No. 9 overall pick in this June’s prospect pageant, they’re at the behest of eight teams in front of them. They’re in prime best-player-available territory, and Young, by that point, could be said B.P.A. Whether the Knicks, in that scenario, take him or draft for fit will speak volumes about their faith in the current collection of guards on the roster.