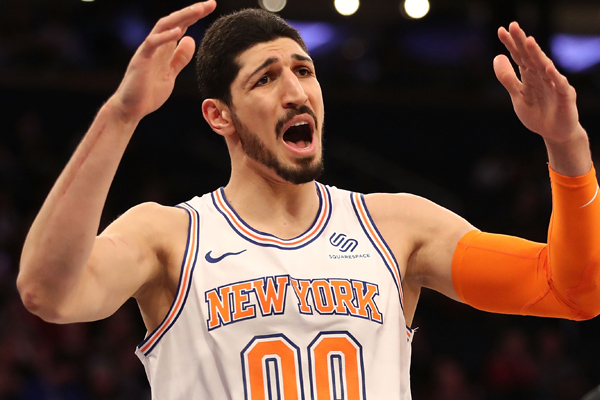 After the Knicks’ eighth straight loss Enes Kanter met with Knicks general manager Scott Perry for a heart-to-heart to discuss his frustration and diminished role, but he did not request a trade.

“But again, in the end, we all are competitors, basketball players. I like it here so much, but again I want to win. I want this team to get to the playoffs one day. This is my blood, man. … I’m going out there to get a win every time.”

“I even asked Scott, if you were in my situation, what would you do?’’ Kanter said. “He said, ‘the whole league knows you. Right now, we know that you are a very, very good basketball player. Now I want you to go out there and try to have that good character, try to be a good teammate, and try to help all the people.’ I understand we’re not winning a lot right now. But I guess it’s all for the young guys.”

On Tuesday, Kanter scored 17 points and had 12 rebounds in just 20 minutes. He is averaging 14.4 points and 10.6 rebounds per game, but ranks 60th in defensive real plus-minus amid the 61 qualified centers. He has been out of the Knicks’ starting lineup for the past three games and is in the final year of his contract, making $18,6 million this season.

As for the Knicks, they have lost 15 of their past 17 games and are tied with the Phoenix Suns for the second-worst record in the NBA.