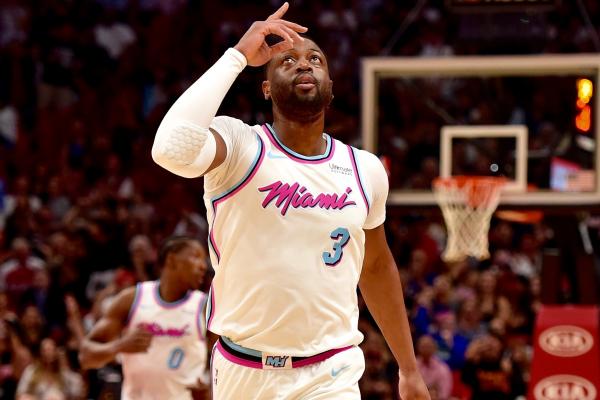 If you felt a sense of finality following Dwyane Wade’s 26-point detonation during the Miami Heat’s Game 2 victory over the Philadelphia 76ers, you’re probably not alone. You’re also not necessarily feeling something that’s there.

On the flip side, you’re not exactly wrong either.

Wade hasn’t made a decision about whether he’ll return for a 16th NBA season next year. Retirement is on the table, it seems, but so, too, is the option to continue playing. As he told ESPN.com’s Ramona Shelburne:

“A lot of people think that if you do decide to go out it’s because you weren’t supposed to be able to play no more. It’s not always supposed to be that,” Wade told ESPN after the game.

Wade said he will take time after the season to decide whether to retire or return to the Heat for one more season.

If he returns for another season, he said it will only be as a member of the Heat.

The idea of Wade retiring will rattle some. It will make others feel old. Some will invariably be heartbroken. But at least Heat fans know he won’t be switching locales again.

Wade has been there, done that, joining the Chicago Bulls and then the Cleveland Cavaliers. Making his way back to Miami this season, at the trade deadline, always had that “this is it” vibe—that sense of finality.

Sort of maybe, possibly, potentially like his postseason efforts with the Heat now.