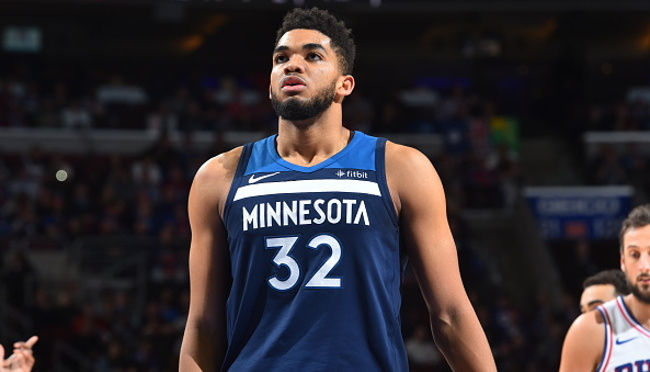 Karl Anthony Towns had the best night of his young career on Wednesday night, torching the Atlanta Hawks to the tune of 56 points.

He also set a new Timberwolves franchise record for points in a single game in the process.

Karl-Anthony Towns had 5??6?? points vs the Hawks tonight, a career-high and Timberwolves franchise record.

Ben Simmons: “you got time, who do you play tomorrow?”

Simmons: “yeah, you got PLENTY of time” ? pic.twitter.com/fKL0noqniM

Towns is having an All-NBA caliber season once again and may get the nod this season considering his team is currently the No. 7 seed in the west.

Towns may have some hardware by the time his NBA career is done.