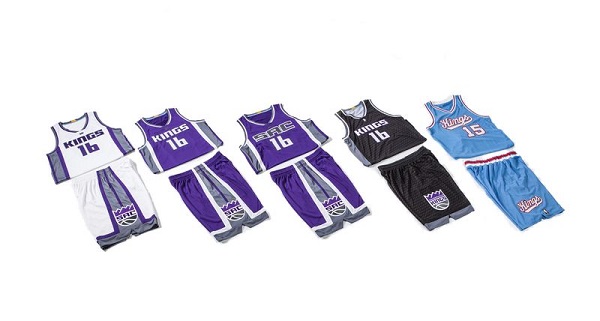 The Sacramento Kings are experiencing a full-on re-brand and repackaging this off season. They unveiled a new slogan, logos and court design about a month ago and now they will have some new duds as they transition to their new arena.

Here is Willie Cauley-Stein showing off all four of their normal uniform in a cool 360 degree video:

These are pretty snazzy jerseys in my opinion and mesh the purples, whites, grays and blacks perfectly. The new logo looks great on the shorts and below the collar.

Here are my favorites, the really sleek black alternate with a very cool and subtle crown design through the jersey…

The Kings will look great on the court in 2016-17, one can only hope that they will actually play great for the first time in a decade.