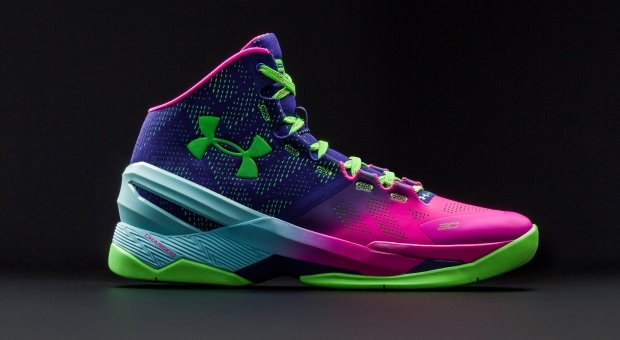 Two hands almost aren’t enough to count all the colorways of Stephen Curry’s second Under Armour signature sneaker. This is where minor detailing from the UA design team are appreciated; specifically the colorway badge on the inner tongue of every Curry Two. This latest kick has the most interesting backstory to-date.

Quoted as a “light show of phenomenal proportions”, the colorway inspiration for the ‘Northern Lights’ Under Armour Curry Two features vibrant hues that might be bright enough to aid in hesitation moves while on the court.

Under Armour has now joined to other sportswear companies in making a sneaker in nearly the same colorway. Industry insiders would credit the colorway inspiration coming from the upcoming 2016 NBA All-Star Game being in Canada.

The ‘Northern Lights’ Under Armour Curry Two is available NOW for $130 on the UA webstore. 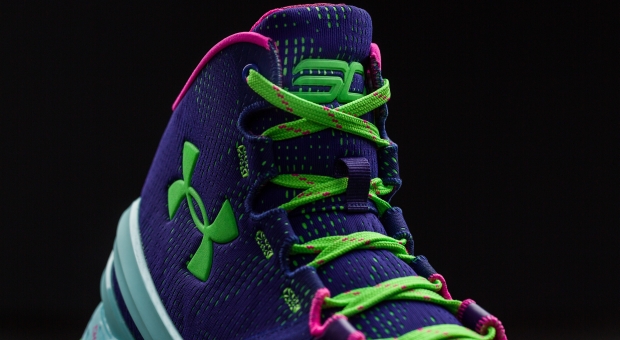 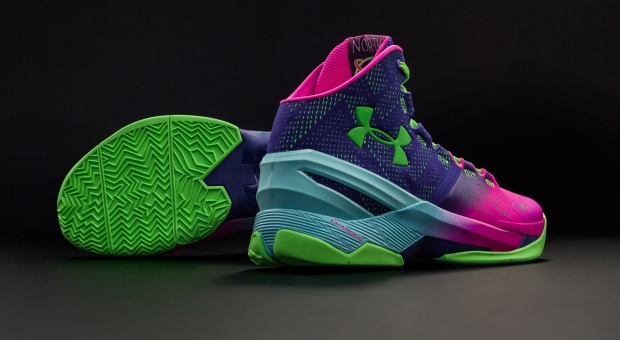