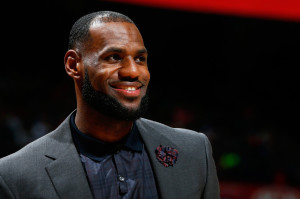 The NBA’s $24 billion television deal will do more than just line the pockets of its players and owners.

It will also apparently help aid in the formation of healthcare protocol for the league’s former players, by the National Basketball Players Association (NBPA) itself.

Adrian Wojnarowski of Yahoo Sports broke the news and offered some details on the process that’ll follow:

The National Basketball Players Association is proposing to use millions of dollars of its share of the NBA’s impending television revenue windfall to cover health-care insurance costs for its former players, league sources told Yahoo Sports.

The plan is estimated to cost between $10 million-$15 million a year and a vote on passage of the union’s initiative is set for the NBPA’s July 20 membership meeting in Las Vegas. The union’s 30 team player representatives are expected to pass the plan with ease and start the process of covering the retired players quickly, league sources said.
The NBPA has been researching the names and addresses of the approximate 1,500 living ex-players and hoping to offer three separate health-care options to them, sources said.

This is pretty cool, and not only just because it serves as further proof why the NBA is better than the NFL.

The NBA wasn’t always this financially bonkers league. As Wojnarowski notes, it was founded in 1946, under a different name, and basketball wasn’t always the players’ primary job. They weren’t cutting eight-figure checks annually or set up for life in any way. This proposal could go a long way in preserving the long-term health of those from past eras.

Equally important is the future care it’ll provide for today’s players. Injuries are real. We hear horror stories about the NFL and concussions and all that helmet-to-helmet, pad-to-pad, superhuman athlete-to-superhuman athlete combat does to the body. The toll is nowhere near as costly in the NBA, but these guys are athletic freaks themselves, and their limbs take a beating regularly, especially over the course of an 82-game regular season schedule, plus playoffs.

If there’s a way to help out with any serious injuries or lasting repercussions players encounter down the line, it would be ideal if the NBPA took any necessary measures. And it seems that’s what they’re prepared to do.

Which, in the end, is one of the best possible uses for the NBPA’s impending financial onrush.