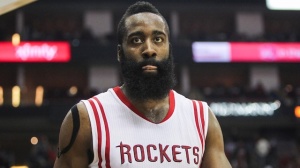 This has been one of the closest MVP races in a while and should come down to the final day. Russell Westbrook and LeBron James’ names have been in the mix, but it’s truly only down to Steph Curry and James Harden. The most compelling argument for Curry is that he’s the best player on a first place team. But Harden is the best player on a second place team that had to deal with a lot of adversity. So, which case is strongest?

If you ask James, he thinks he has is stronger:

“I feel as though I am the MVP,” Harden said. “I think the MVP is the most valuable player to your team. Obviously you have to be winning and be one of the top teams in this league and we are.

“I’m not taking credit away from anybody else in the league. But I’ve been consistent all year. I’ve just been doing the right things to put my team in situations to win, considering all of the different circumstances we’ve had to deal with.”