Rudy Gay to Opt-In With Kings

Anou Enright June 23, 2014 Rumors No Comments on Rudy Gay to Opt-In With Kings 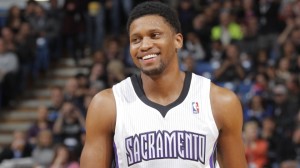 The Sacramento Kings have a talented young core but it’s impossible to notice them in the Western Conference. Along with DeMarcus Cousins and Isaiah Thomas, Rudy Gay can serve as a building block. That became even more true with the news that Gay would opt-in with the Kings for next season.

Because he’s still working on that summer of 2010 contract, Gay is still getting paid handsomely and is now guaranteed $19.3 million next year.