June 22nd was a good day for hoops in Boston thanks to the 7th annual Biv20K Blacktop Classic.

Hosted by Michael Bivins of Bell Biv Deveo of ‘Poison’ fame (never trust a big butt and a smile) who is actually from Beantown and features teams made up from players hailing from both Boston and New York City. The Biv20K Blacktop Classic featured three games: 14U (and under) game at 5, a Legends game a 6, and the main event at 7 PM which put the Entertainers Basketball Classic team from NY against the hometown Boston Streetballers. After Boston won the kids game and NYC won the Legends game, the hometown ended up defending their turf correctly and took home $20,000 which was put by Reebok.

While the teams from New York wore my favorite colorway so far of the Reebok Blacktop Retaliate, members from the Boston teams were treated to a Player Exclusive version of the outdoor-equipped Blacktop Retalite. Featuring a green Nanoweb upper, red tongue-and-laces, and white coloring offset in the back all highlight the OG-looking orange basketball-shaped Pump all makes for a pair of Reeboks for all hoopers to get their Dee Brown on in perfect form as well as function.

In true Player Exclusive form, the green colorway of the Reebok Blacktop Retaliate is not available in stores and there is no release currently scheduled. 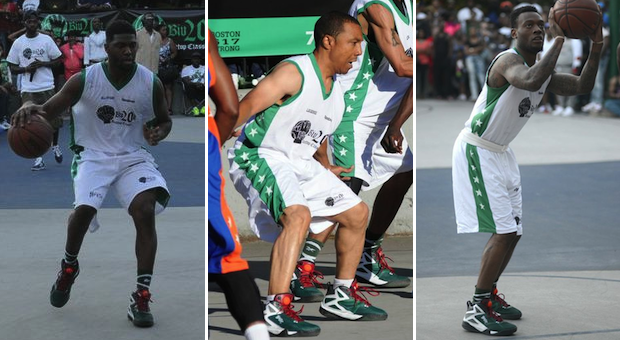 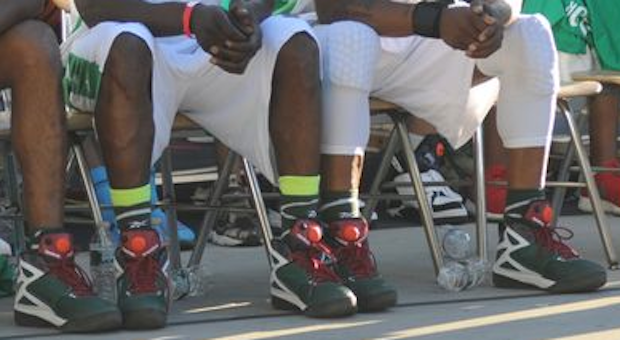