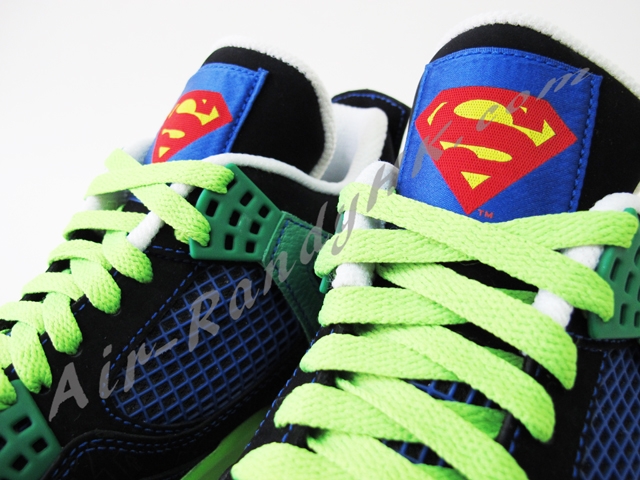 For the last four years, Jordan Brand has offered up a model for customization from a participation blah blah blah. While details about this sneaker hasn’t been made available yet judging by the pictures provided we are led to believe that upper is constructed from black nubuck that has arrows lasered onto the toebox and around the entire mid-panel of this Jordan IV. That isn’t the only use of lasering on this model however, on the outside of both sides there is a blue image of a face similar to the way the Mars IVs were done with Spike Lee’s likeness back in 2006. A bright blue is seen on the mesh panels, rubber sole on the toe, and stitching of the sneaker which is offset by the bright green seen on the midsole, laces, wings, and plastic eyelet panels. One of the most noticeable traits of this shoe is the Superman logo seen on the tongue; licensed and all. 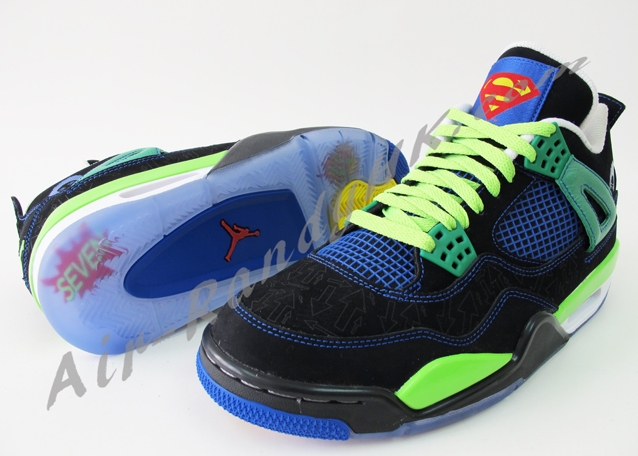 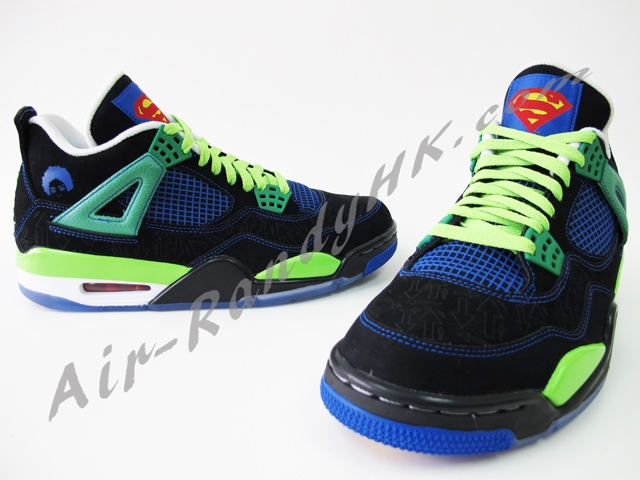 The use of the Jordan III last year as the Air Jordan silhouette in the annual Doernbecher Freestyle sneaker design program, which is designed to raise money for the Doernbecher Children’s Hospital in Oregon, provides more than just a way for sneakerheads to get their hands on something limited while helping a good cause. If you pay attention to the Air Jordan releases after the Doernbecher edition you’ll notice that whichever model the used in the program is the sneaker that sees the most colorways in the next year and that is easily proven.