Anou Enright March 22, 2010 Blogs, Kevin Burke No Comments on Nice Win For Northern Iowa, But Don’t Crown Them Just Yet 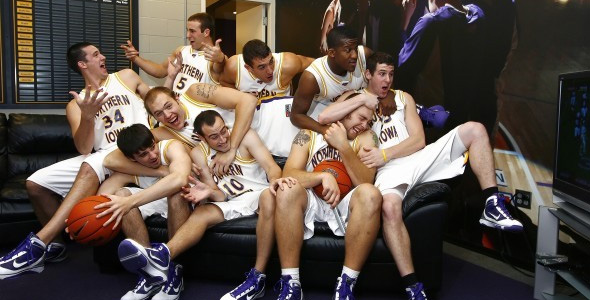 Nobody saw that Northern Iowa win over top seeded Kansas coming. I bet Northern Iowa didn’t see that win coming. It was a great win for their program and was refreshing to see for college basketball. But, let’s not lose sight of what happened, because they haven’t won anything by beating Kansas. Advancing to the Sweet 16 is big, but that doesn’t mean you cut down the nets already.

I completely understand why Northern Iowas was so excited to get the win. They beat the overall #1 team in the country in impressive fashion. They controlled the game from start to finish and played with all the confidence in the world. However, there is a long road ahead them so they shouldn’t rest on their laurels. They shouldn’t stride to match the 2005-2006 George Mason team who made the Final Four. They should aim to be better than them by getting even further and winning it all. That’s truly when immortality sets in.

In The THD Podcast – Episode 004, I said that I didn’t believe that there was parity in college basketball. This win doesn’t prove me wrong, but it’s an argument for those who disagree with me. It would be great to see a school like Northern Iowas win it all. I like to see a good Cinderella story in sports, so I’m not necessarily rooting against Mid-Majors. I’m just saying let’s not get hung up with this win.