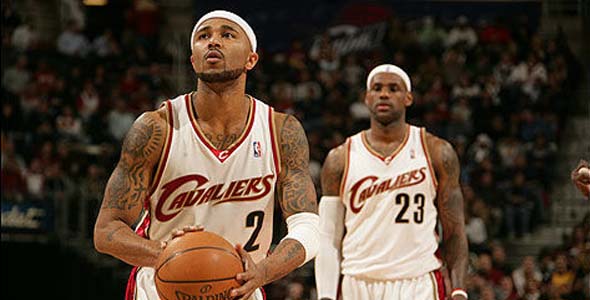 Lebron James has become known for his half-court shots in warm-ups and during games. Hitting an improbable shot from deep is one surefire way to electrify the crowd. Especially at home in your own building. Well last night Mo Williams, point guard for the Cleveland Cavaliers, was tired of Lebron getting all the attention for the deep buzzer beating shots. He wanted a little piece of the action. So the little man went to work.

Mo hit one of the deepest buzzer beating shots we’ve seen this year, and he did so to beat the half-time clock and boost the Cavaliers confidence heading into the second half of the opening game of the Eastern Conference finals. Unfortunately for the Cavaliers they couldn’t sustain the momentum the shot gave them, and fell to the underdog Orlando Magic in Game 1. But regardless of who won and who lost, this shot is something you will want to watch over, and over, and over. Maybe instead of Mobb Deep, we can nickname Williams “Mo Deep”. Hey Mo, ‘Ain’t no such things as half way crooks’: