Charles Barkley Calls His Producer a ‘Pussy’ On Air

admin May 31, 2009 Blogs 2 Comments on Charles Barkley Calls His Producer a ‘Pussy’ On Air 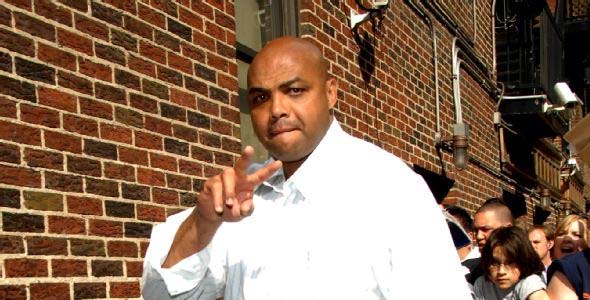 Sir Charles Barkley, what has gotten into you? Your public relations representative has got to be on the verge of letting his/her most important client go, lol. Just when you think things have settled down for the TNT NBA analyst since his drinking and driving incident, he calls Kenny Smith ‘Numbnuts’ and his producer a ‘pussy’ on air on the same telecast.

After the Magic beat the Cavs last night to end the Conference Finals and signal the start of the NBA Finals between the Lakers and Magic, the TNT crew was sitting down to thank the TNT team for their hard work and dedication. Charles decided he would speak his mind of course, and that live TV is the place to do it. Oh Charles, you certainly are entertaining aren’t you? Having trouble believing Barkley would actually call his own producer a pussy? Enjoy the video replay:

(H/T to Sports By Brooks where we saw the video)