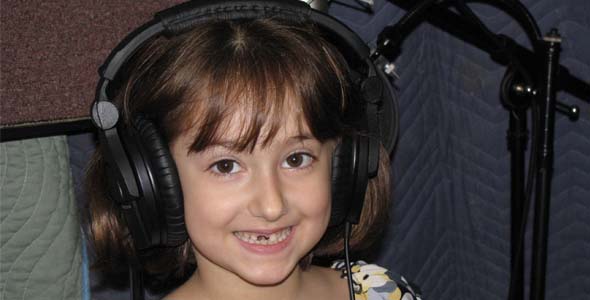 So i’m reading J.E. Skeet’s Yahoo basketball blog ‘Ball Don’t Lie’ yesterday, and I catch this video of a 7-year old autistic girl named Gina Marie Incandela singing the national anthem at an Orlando Magic game during their playoff series against the Boston Celtics. Talk about inspiration. This little girl has the type of powerful voice you would expect to be coming out of someone at least 3 times her age, and about 3 times her body weight at least.

Gina Marie was diagnosed with autism just before the age of 2. She could not even speak until she was 3 years old and now at age 7 she is singing National Anthems at professional sports games and concerts across the country. Her parents sent her to a school for kids with special needs as she had trouble forming words when attempting to speak. But her teachers at the school used music to help her with her language skills. I bet they had no idea what gift Gina had in store for them.

As for the Orlando Magic, it seems they are 4-0 now in games where Gina sings the national anthem. Maybe Rashard Lewis can donate some of his huge salary to Gina to become part of their official roster?