admin April 11, 2018 Blogs No Comments on Warriors Expect Andre Iguodala to Be Healthy for Start of NBA Playoffs 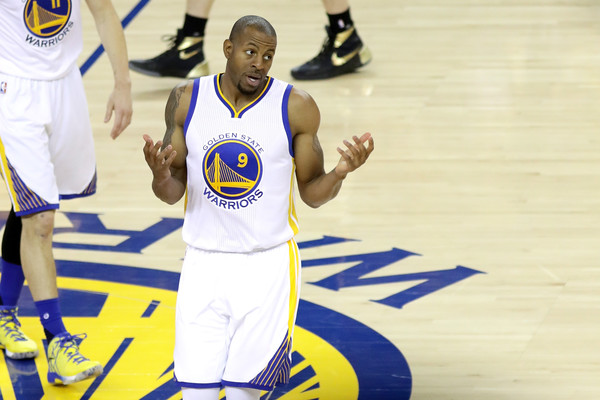 At long last, some good news on the health front for the Golden State Warriors: Andre Iguodala will be ready to rock when the NBA playoffs tip off.

After missing six of the Warriors’ final seven regular-season games with left knee soreness, Andre Iguodala is poised to return for Game 1 of the first round.

“I fully expect him to be in the lineup in Game 1,” head coach Steve Kerr said after shoot-around Tuesday.often nursing multiple minor injuries. He has missed 16 games with various ailments and another two games to rest.

This is big, big news for the Warriors. Stephen Curry is already out of the rotation through at least the first round, and Patrick McCaw will miss the next three weeks at minimum with a back injury. Golden State could probably get through its initial series without Iguodala, but then again, maybe not.

Iguodala is one of the Warriors’ most important postseason defenders. He visibly conserves energy during the regular season so that he can help pester explosive wings, such as LeBron James, and switch onto more point guards when it matters most. His own shooting has been off this season, but he remains a plus-passer and above-average finisher around the rim. He’s also coming off his hottest stretch of the year.

Prior to missing time with this left knee injury, Iguodala was shooting 53.9 percent overall and 42.1 percent from deep in 20 appearances since the start of February. If he’s able to retain his playmaking and defensive appeal while stretching the floor at the other end, the Warriors should be able to cruise into the second round without Curry.