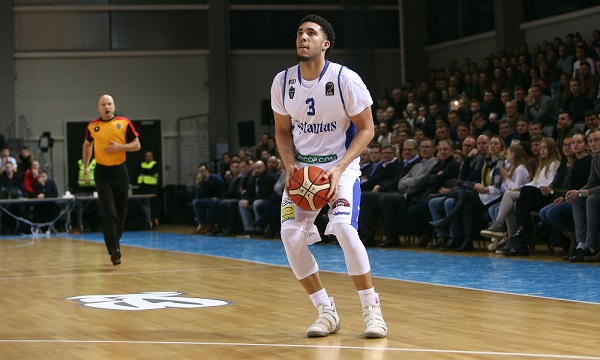 We could have two Balls in the NBA as early as next season.

According to Shams Charania of Yahoo Sports, younger brother of Lakers point guard Lonzo Ball and son of the infamous LaVar Ball, LiAngelo Ball, who is currently playing professional ball in Lithuania is officially declaring for the NBA Draft.

Ball has averaged 15.6 points and 2.8 rebounds in 25 minutes per game in his nine games for Vytautas Prienu of the Lithuanian Professional Basketball League or the LKL.

Will the Lakers heed LaVar Ball’s warning and draft LiAngelo Ball to play alongside Lonzo on the Lakers?

My guess would be no, that would be a bad idea for a few reasons.

The biggest reason is that LiAngelo is not an NBA caliber player in my opinion and certainty not worthy of being drafted to play in the league at his age with his limited experience playing any version of high-level basketball.

Also, the distraction of having Lonzo and LiAngelo on the team and the resulting behavior of LaVar could completely derail any progress the franchise is making with their young talent.

LiAngelo would be better served staying in Lithuania and developing his game more, but because of his name he will likely be given a NBA Summer League roster spot, possibly with the Lakers.

The chances of LiAngelo Ball having any measure of an NBA career feel unlikely at this point though.