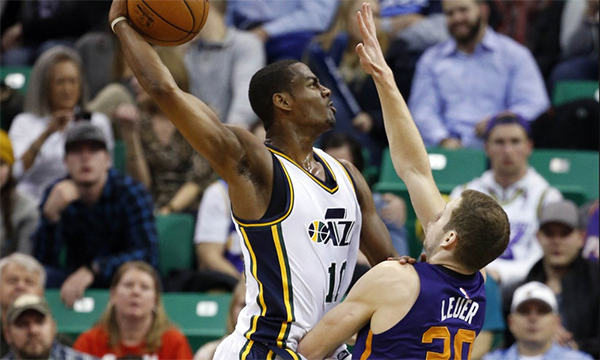 In the fourth quarter of the Jazz 110-89 victory over the Phoenix Suns in Utah, those in attendance got to see a bonafide dunk of the year candidate as Alec Burks gathered speed on the launch pad that is the left side of the court, catapulted himself into the atmosphere, and not only dunked on Suns player Jon Leuer but also may have lit-rally dunked on the Sun.

Scientists are still evaluating the situation and have yet come to a conclusion.

(LOL VIDEO) Trevor Booker forgot to get back on D b/c he was celebrating Alec Burks dunk: https://t.co/FEX5abodzD pic.twitter.com/jzLAIY2xgM