After starting the game against the Cavs inside Madison Square Garden in another pair of KD VI (6) customized on Nike iD, Earl changed into the hightop Flyknit version of the upcoming Nike Kobe 9; new signature sneaker of Kobe Bryant.

After crossing over and dunking all on this season’s #1 draft pick Anthony Bennett in the first part of the game, he hadn’t switched out of the KDs yet but he JR Smith really, really wanted to be featured on The Hoop Doctors. That highlight wasn’t enough and Smith knew it, but he was ready.

To secure his spot, Smith was already backcourt after a Bobcats dunk and after the cross-court pass from Felton, the speed & angle wasn’t the best for finishing unless you dunked behind your back and that is what JR Smith did while wearing the Kobe 9 and becoming another NBA player to do so in-game before Bryant himself.

JR Smith is no stranger to the Kobe sneaker series and laced up a pair of the Kobe 8 System earlier in the season for a few games as part of the Nike iD #NikeIDpe program designed to promote the Player Exclusive color options when personalizing basketball kicks on Nike iD. 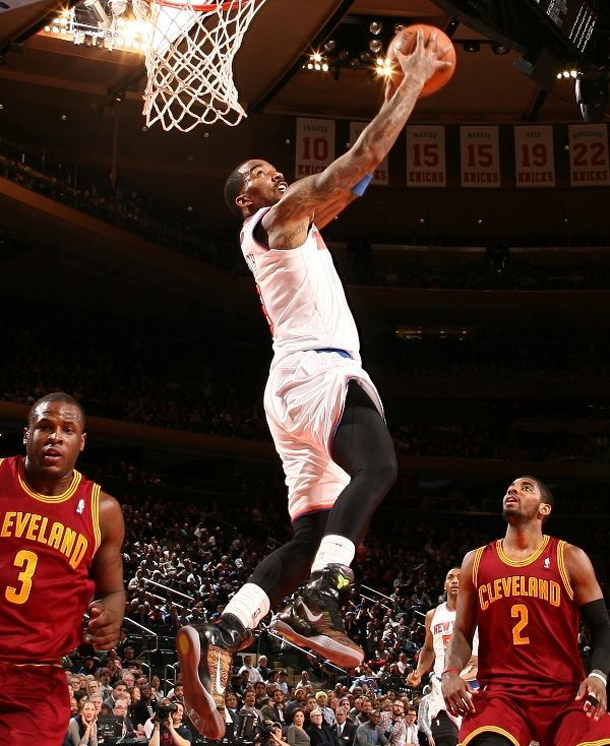 JR Smith Wants a Trade Not a Buyout and He’s Getting it!