Just over a week ago we told you about the rumor that Shaquille O’Neal got engaged to his new girlfriend Nikki ‘Hoopz’ Alexander. Well it looks like he is on the prowl for wedding tips, because the big fella recently crashed a wedding in Boston at the Four Seasons Hotel. Can you imagine one of the biggest, friendliest giants, to ever grace a basketball court shows up unannounced at your wedding reception?

On Friday, Aug. 27, that’s just what happened as Shaq wandered into the wedding ceremony of Kristen and Wes Schifone at the Four Seasons in downtown Boston, much to the delight of the newlyweds. Shaq didn’t show off his epic moves on the dance floor, nor did he spit out some serious rhymes with the band, but it was a memorable visit to say the least.

“Considering it was someone of his stature, he was a total gentleman and just acted like one of the guys,” the groom said from his Hawaiian honeymoon. “He accepted everyone’s photo request and even remembered our names the next day and asked that we come down for a photo shoot with him for the [Boston] Globe.”

Shaq has been all over Boston lately since he signed with the Celtics….

Photos of Shaq with the bride, groom, and bridesmaids after the jump: 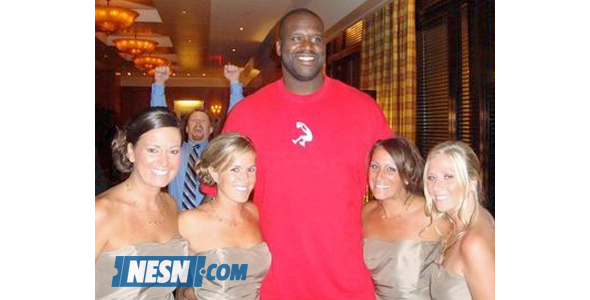 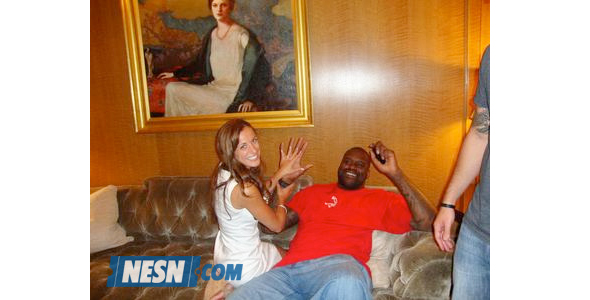 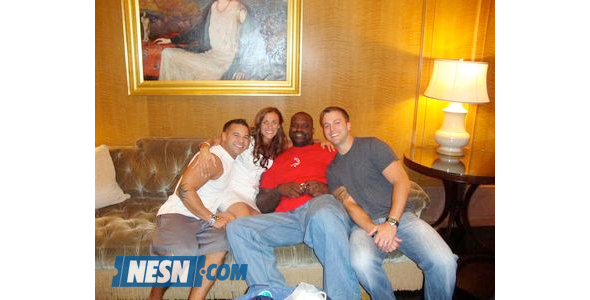 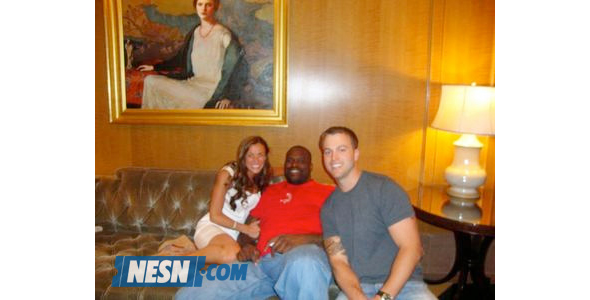