Video of the Day: Wade’s Still Got Crazy Hangtime! 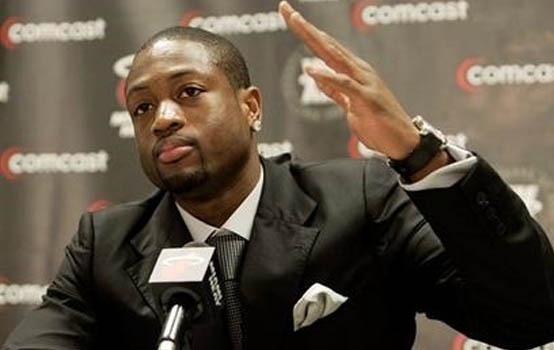 Dwyane Wade has had some pretty thunderous dunks this year. Let’s face it, he gets WAY UP! But so do lots of other guys in the league. What amazes me most about Wade is his hang time. It’s what separates him from the pack on his ability to take physical contact and still hang long enough to get off a decent shot when he drives.

But when there is no physical contact, like on the open break, he reminds me of Michael Jordan in the way he just seems to float at the peak of his vertical for a split second longer than most players. In the game against the Cleveland Cavaliers last night, Wade put that hang time to good use for “multiple photo opportunities” as mentioned by the announcers. Picture perfect in my books DWade, picture perfect….