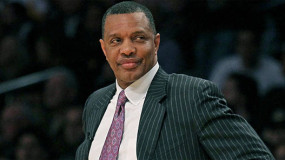 It’s never easy being the coach of a bad roster. You’re doomed if that’s every the case because if the team under performs, you’re the one they get rid of because they can’t fire the players. The Phoenix Suns’ Alvin Gentry learned that today. Alvin Gentry is no longer the head coach of the Phoenix [...] 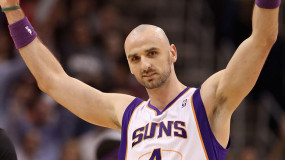 Marcin Gortat is a smart man. Like a really smart man. Smarter than the Phoenix Suns could have ever known him to be. Which doesn’t bode well for them. According to Paul Coro of azcenteral.com, the Suns offered Gortat a contract extension back in October, one in which he ultimately declined: Suns center Marcin Gortat [...] 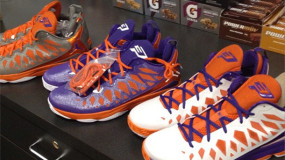 Being a basketball player and getting a PE is one of the biggest perks of the job; a sneaker made in a way that no one else can get but you.  Being a former UNC player, Kendall Marshall is no stranger to Jordans but now in the NBA, the rookie PG for the Phoenix Suns [...] 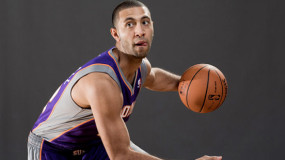 The Phoenix Suns continue to make difficult decisions surrounding the team’s status at point guard. If the team isn’t being goaded into trading Steve Nash, it’s throwing a pile of money Goran Dragic’s way. And now, Phoenix has opted to place Kendall Marshall, their rookie facilitator outside of the rotation. According to Michael Schwartz of [...] 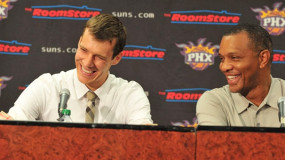 July 24, 2012 – Rob De France After moving 2-time MVP and 8-time All-Star Steve Nash, the Phoenix Suns have reloaded quickly. The Suns will have their ups and downs in the regular season, but this is a team others will try to avoid come playoff time. Letting go of Nash was challenging for the [...]

July 16, 2012 – Joshua Sexton In hopes of potentially making a move for Dwight Howard, the Houston Rockets used their amnesty clause on Luis Scola, arguably their best player the last several seasons. By waiving Scola, the team gained $21 million dollars in cap space, which would not only allow them to absorb Dwight [...]

Phoenix Suns: The Importance of Being Steve Nash 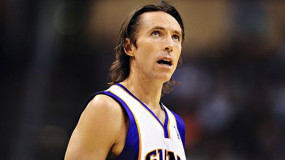 March 20, 2012 – Dan Favale Kevin Love has helped return the Timberwolves to competency. Kevin Durant and LeBron James continue to dominate the stat lines. And Chris Paul has never been more valuable. But what about Steve Nash? It’s easy to get caught up in the hype surrounding superstars in their prime, who play [...] 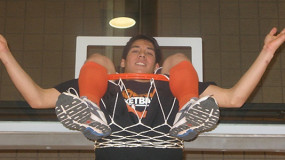 January 31, 2011 – Allen Moll Halftime shows during NBA games are getting way to intense. Long gone are the days of Chinese contortionists spinning plates or bearing witness to the amazing human Slinky show. What ever happened to doing the “Wave” or the ever popular “Kiss Cam?” That’s way to tame for 2011. Now [...] 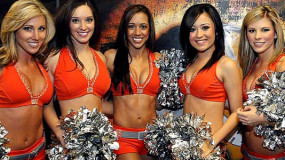 If you want to get to know the Phoenix Suns Dancers a little better head on over to their official site for more photos, video, twitter accounts, and blogs written by the women themselves. For now, enjoy our gallery of the lovely ladies. [...]

Will the Phoenix Suns Make the Playoffs? 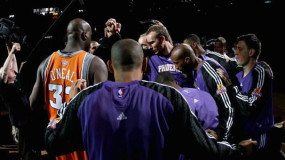 March 23, 2009 – Dr. J-Water The Phoenix Suns this year are the exact polar opposite of the definition of ‘consistency’. Unless you consider them to be consistently inconsistent of course. Hell, I might even let you have them pegged as inconsistently consistent. But that’s a stretch. There have been a number of factors away [...]