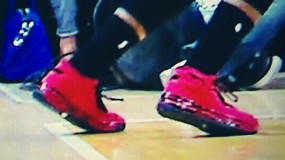 Just yesterday we showed you Dwyane Wade’s new shipment of Li-Ning Way Of Wade 2 Player Exclusives but had no idea they would featured way beyond the average sneakers worn during the average nationally-televised NBA game. In the picture below it can be clearly seen that Wade was in-bounds when he shot and made a [...] 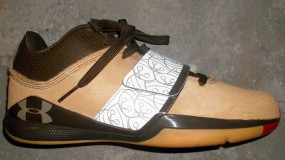 Being born in 1989, I can say that I came of age with a sneaker entity like Sole Collector. Was a member of the forums, ordered the magazines before they were in major sneaker stores like Foot Locker, and even dated messed around with girls featured in those pages (before and after). That being said, [...] 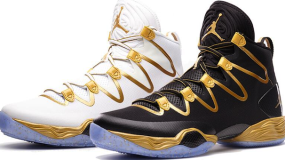 Even though the Oscars were last night, I am willing to bet that the majority of you readers opted out of the award show for NBA action. Jordan Brand athletes used the occasion to break out gold Player Exclusive colorways of the Air Jordan XX8 SE. Seen around the league on the feet of players [...] 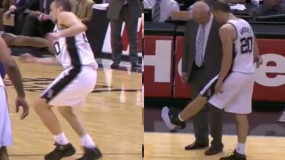 Unlike back in the 2011-12 NBA Playoffs when Blake Griffin had his Nike Hyperdunk 2011 Elite rip from the upper, Manu Ginobili actually had his foot go straight thru the bottom of the Nike Air Max Closer V (5) separating the entire sole unit of the sneaker. Manu: I'll begin playing in the new LeBron [...] 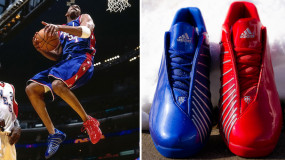 With the current NBA season’s All-Star Game finished, adidas and Packer Shoes keep the basketball celebration going by re-releasing a Player Exclusive pair of the adidas T-Mac 3 worn by Tracy McGrady exactly 10 years ago in the 2004 NBA All Star Game. While still in Orlando, T-Mac started for the Eastern Conference team in [...] 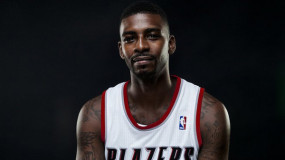 After news of Dwyane Wade not renewing his Jordan Brand contract to start Brand WADE under Chinese sportswear company Li-Ning shook the internet & sneaker community in late 2012, the hype behind the new signature line fizzled due to a lack of a wide US release of the shoes. At the time of posting, Li-Ning [...] 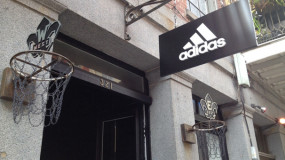 For the entire weekend, adidas took over the W Hotel inside of the French Quarter to hold their #adidasInTheQuarter events during the 2014 NBA All-Star Weekend in New Orleans. On display in the product quarters, next to the pool by the way, was the entire adidas Originals and adidas Basketball sneaker line-up in colorways designed [...] 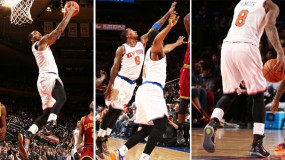 After starting the game against the Cavs inside Madison Square Garden in another pair of KD VI (6) customized on Nike iD, Earl changed into the hightop Flyknit version of the upcoming Nike Kobe 9; new signature sneaker of Kobe Bryant. After crossing over and dunking all on this season’s #1 draft pick Anthony Bennett [...] 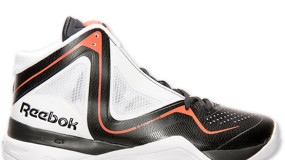 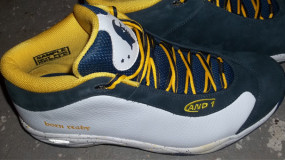 During the Eastern Conference Finals of the 2012-2013 NBA Playoffs, Lance Stephenson rose to the occasion stepping up into a pivotal role with the Pacers while wearing his first Player Exclusive pairs of the AND1 Tai Chi. Being the only And1 Basketball player in the NBA at the time (now there are three), Stephenson didn’t [...]