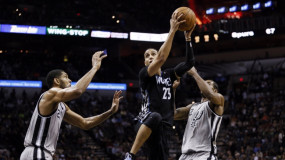 The Timberwolves and Kevin Martin reached a buyout for the remainder of the final year of his current deal before the midnight deadline Tuesday night. According to ESPN NBA Reporter Marc Stein, the Spurs are the overwhelming favorites to land Martin. As you can see others such as the Mavericks, Hawks, and Rockets have shown [...]

Kevin Martin Closing in on Buyout Agreement with Minnesota Timberwolves 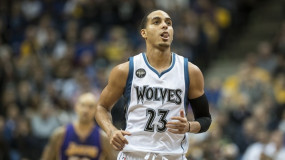 The NBA’s post-trade-deadline buyout market is about to get a lot more interesting. We have already seen Anderson Varejao sign with the Golden State Warriors, and it’s only a matter of time before Joe Johnson joins the Cleveland Cavaliers or Oklahoma City Thunder or some other contender in need of depth on the wings. Speaking [...] 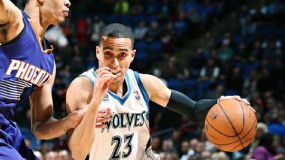 Kevin Martin and the Minnesota Timberwolves aren’t speeding toward a divorce. They’re slowly, painfully, with the swiftness of a three-toed sloth, slogging toward a divorce. Martin has meandered in and out—mostly in—of the trade rumor mill over the last few weeks. He only recently returned to the rotation following a seven-game stint inside the “DNP” [...] 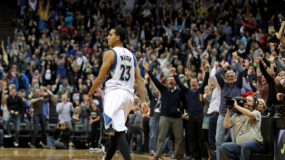 Kevin Martin probably hasn’t played his last game for the Minnesota Timberwolves. Then again, he just may have. Martin registered his third straight “Did Not Play” in Monday night’s loss to the San Antonio Spurs, and although he’s healthy, he shouldn’t expect to see more playing time—or any playing time—in the future, per Jerry Zgoda [...]

Kevin Martin Back From Broken Wrist, to Return to Timberwolves’ Lineup 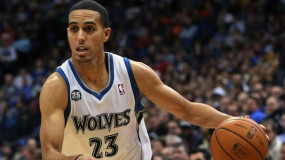 On paper, the Timberwolves aren’t a terrible team but unfortunately a 7-37 record does not back that argument up. To their credit, they’ve been without Kevin Martin for most of the season due to a broken wrist. It looks like Martin has healed and is ready to return to the lineup. He hasn’t seen live [...] 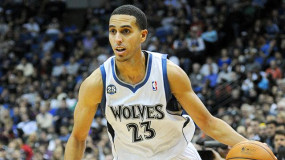 The Minnesota Timberwolves probably won’t make the playoffs again this year, but on paper, they’re loaded with young talent and experienced vets. One of the latter is Kevin Martin who has been playing well so far this season, averaging north of 20 ppg. Unfortunately for Minny, Martin will be out for an extended period of [...] 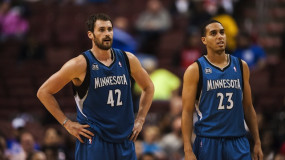 Achoo! Sorry, I’m allergic to complete and utter bullshit. Which is just what the Timberwolves’ Kevin Martin is slinging these days apparently. While many of his teammates lamented the loss of Love and talked about how to move forward without him, K-Mart was still coming to terms with the fact this blockbuster trade existed at [...] 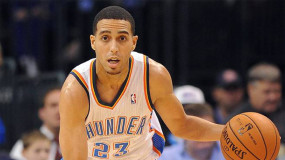 Kevin Martin entered his tenure in OKC with lofty shoes to fill. James Harden was a fan favorite and was deal without much of a heads up. Martin filled in admirably but OKC didn’t live up to expectations. Because of their cap situation, OKC couldn’t offer Martin much money, but he still considered staying.  “He [...] 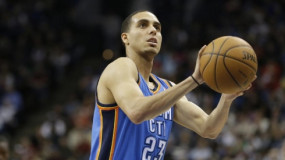 If you were under the belief that the Thunder should’ve figured out a way to pay James Harden, you now have more ammo. Harden’s replacement, Kevin Martin, will no longer be a member of the Thunder. Minnesota has signed Martin away from OKC. Martin never completely filled Harden’s void, but he will still be missed. [...]

Thunder to Replace Kevin Martin with Jeremy Lamb Next Season? 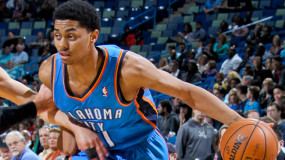 Kevin Martin wants to return to the Oklahoma City Thunder, but money talks, and there may not be enough cash ‘speaking’ for him to remain next to Kevin Durant and Russell Westbrook. Per The Oklahoman‘s Darnell Mayberry, the Thunder are unlikely to retain the veteran shooting guard: I’ve always liked Lamb’s potential. But while I [...]