admin February 15, 2022 NCAA No Comments on Who Are the Best NCAA Stars Right Now? 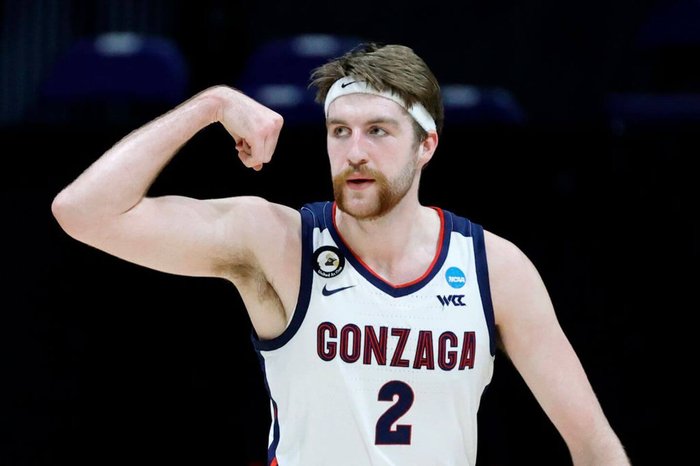 March brings the start of the NCAA championship, and there are plenty of stars in the running to get named the best basketball players during March Madness.

Who are some of the top players to keep an eye on?

Johnny Juzang began his college basketball career with the Kentucky Wildcats before moving to the Bruins, where he enjoyed an excellent 2021 postseason and was awarded All-Tournament Team honors for helping Kentucky reach the Final Four, with an average of 22.8 points

Expect Juzang to light up the NBA before too long. He actually was ready to enter the draft for the league in 2021 but ended up going back to the college game for another year. His excellent shooting ability should help the Bruins put in another strong performance during March.

The Gonzaga Bulldogs are among the favorites to win the NCAA championship this year in the college basketball lines by Bovada, and the presence of Drew Timme in their roster is a big reason for that. Timme took his career-high points record to 37 with a powerful performance against Texas in November, 2021 and could be the key to March Madness.

Gonzaga coach Mark Few suggested that Timme played like the best player in college basketball in grabbing those 37 points, and there are lots of people who would agree with him. The Bulldogs lost in the final of the 2021 championship to the Baylor Bears, and they are high among the favorites to win it this year.

A hot favorite to be the tournament’s biggest star, Kofi Cockburn moved from Jamaica to New York as a teenager and has become a big star in college football. Standing 7-foot tall, Cockburn is an imposing presence and the center chose to join Illinois as a four-star recruit.

Cockburn has also been close to joining the NBA draft on a couple of occasions in the past. If he turns in an eye-catching series of performances during March Madness, then we can expect him to make the move to a pro team in the NBA before too long.

A great NCAA tournament in 2021 brought Max Abmas to national attention. He had helped the Golden Eagles to reach March Madness when he was MVP when they won the Summit League Tournament.

His impressive performances continued into March, as he scored 25 or more in each of his first three games. We need to go back to Stephen Curry in 2008 to find another player who has achieved that return. It looked briefly like Abmas would join the NBA in the 2021 draft but he returned to the college scene and carried on where he had left off.

A five-star recruit for the Blue Devils, Paolo Banchero has proven to be one of the best players around right now. He immediately settled into the team to become one of their key players. The 6”10 forward is an excellent all-round player who started with 22 points on his debut.

Will Duke win the NCAA Tournament this year? They are certainly among the top-rated college teams and Banchero could be their difference-maker in the tighter games. After March Madness comes to an end, it’s believed that Banchero will be one of the top picks in the NBA draft that will see new talent added to the league.

Fans of the Boilermakers will be hoping to see them win their first-ever NCAA Championship in 2022. They’ve managed to get to the Final Four on just a couple of occasions in the past, and much of their hopes this time around rest on Trevion Williams’ shoulders. The 6 foot 10 center moved from the Henry Ford Academy to Purdue and hasn’t looked back.

Williams took over a third of Purdue’s shots in the last season and was one of the top five in the league in terms of rebounds. In fact, his importance to the team can be seen in the fact that he is the first Purdue player in several decades to get 35 points or more and 20 rebounds in a single outing.

If the Auburn Tigers are to bounce back from last year’s controversial, self-imposed ban then expect Jabari Smith to be at the heart of many of the good things they do. Smith was one of five top-class recruits that have helped to make Auburn one of the teams we believe could go all the way this year.

This five-star recruit is another college star who should soon be plying their trade in the NBA. In fact, experts are split between Smith, Banchero, and Chet Holmgren of Gonzaga when trying to work out who will be the number one pick this time around.