admin January 4, 2021 Rumors No Comments on NBA Super Teams Over the Years [Graphic] 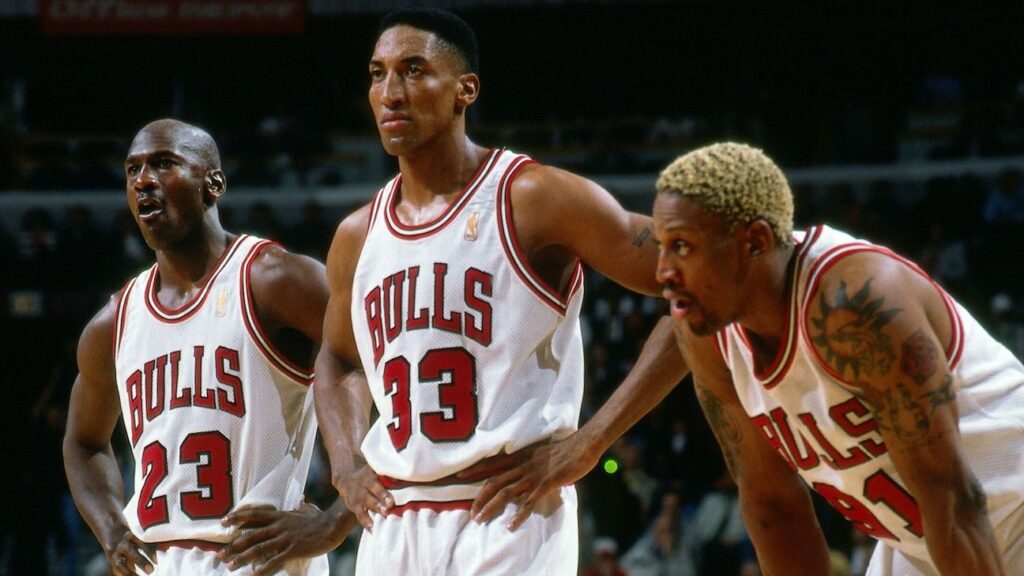 Super teams may be under the microscope now, but they seem to have existed well before fans and pundits took notice. The 1982 Philadelphia 76ers were led by Julius “Dr J” Erving, Maurice Cheeks, and Bobby Jones. The team would add two-time MVP Moses Malone, who was a free agent, and the team would go 12-1 in the postseason to clinch the 1983 title and a third MVP for Malone. Check out this Betway article on Superteams of the past for more information. 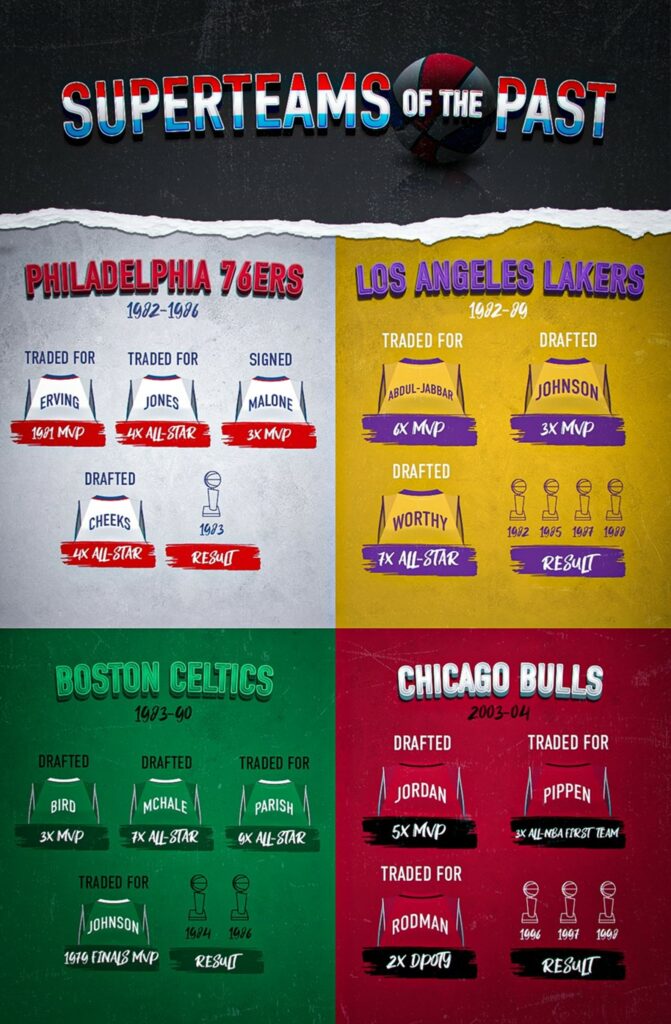 James Worthy definitely was worthy of all his praise and the name. The Showtime Lakers of the 80s did not really need any upgrade but then they got one anyway. Kareem Abdul-Jabbar and Magic Johnson were more than enough to win a title or at the very least be in the conversation, but then a draft pick acquired from the Cleveland Cavaliers in a trade two years prior to 1982. The pick turned out to be the number one pick in the draft and the Lakers could not help but count their blessings much to the dismay of the rest of the league.

The Lakers used the pick to select James worthy, and he would go on to become “Big Game James”, the man for the bright flights, even winning an MVP in1988, to add to seven All-star appearances and three NBA titles.

The 80s was a time in NBA history that may not be easily had again. The Celtics and Lakers were in the midst of a great rivalry. Few players (and this is being modest) of that time had the charisma, game, and thrash talk of Larry Bird. Simply put, he was dominant, backed by Kevin McHale and Robert Parrish. The league was at their mercy and after they added Dennis Johnson in 1979, it was all but game over. The Lakers would push them all the way in Magic’s first season in the league but would prove to be only worthy opponents as the Celtics won the championship 4-3. The next four seasons would be all about the Celtics and the Lakers, with titles going back and forth between the teams before the Celtics big four would break up after Johnson retired in 1990.

The Bulls were buoyed in 1995 with the return of Michael Jordan. Determined to make an impression on the returning star, the franchise did all they could to make sure he had the right cast around him, including doing the extreme, signing polarising forward, Dennis Rodman, from the San Antonio Spurs. Rodman’s off-court antics were a bi distraction and grabbed most of the headlines, and even managed to overshadow his stellar play on the court. However, the titles would be all the evidence Rodman’s impact on the court needed as the Bulls went on to three-peat between 1996 and 1998.

So how do those past super teams compare to the modern game super teams? Leave your thoughts in the comments section below 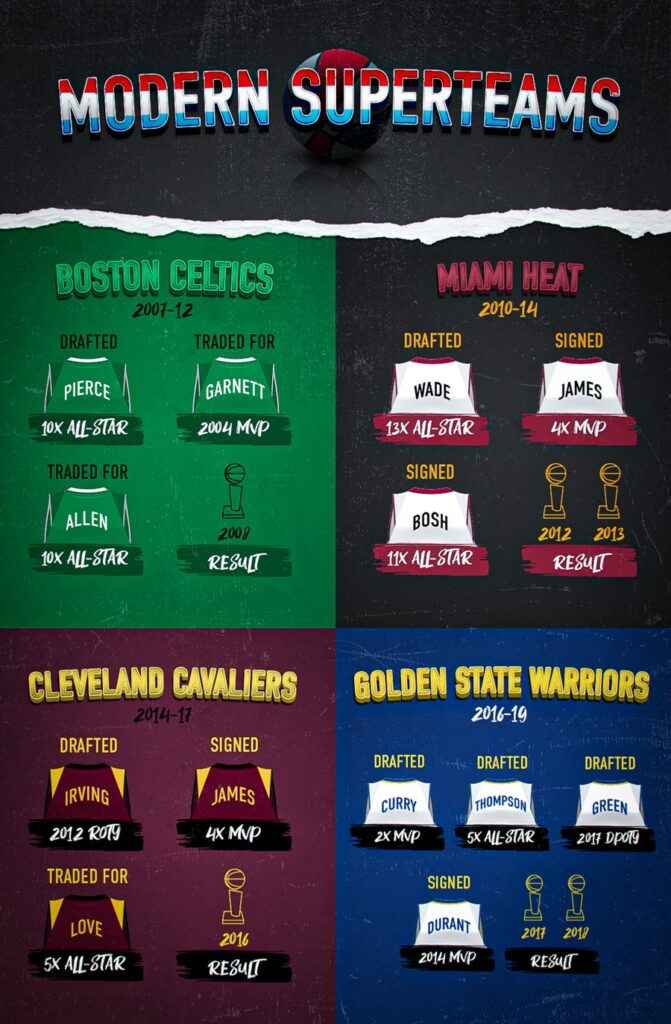 For more basketball picks and predictions for this season’s NBA games, check out Betway.