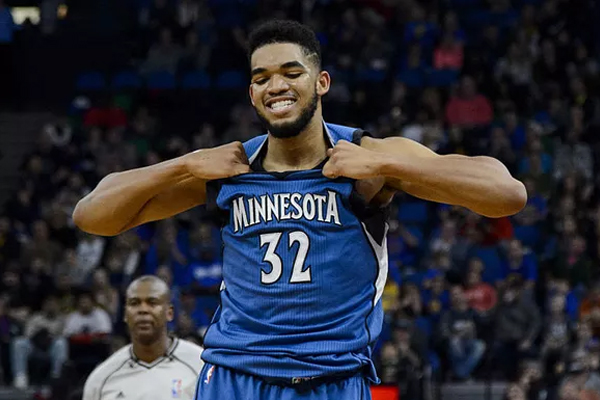 After being involved in a car accident last Thursday, Timberwolves’ Karl-Anthony Towns will remain in concussion protocol, forcing him to miss Minnesota’s last two games.

Interim coach Ryan Saunders stated that Towns “took some steps to go through things” but didn’t have a timetable for his return. He must pass tests and be symptom-free before he can play again, though he did travel with the team.

“It’s definitely bothering him,’’ Saunders said Saturday, per the Star Tribune. “It’s all about being there for his teammates, contributing. He had someone run out and get a sport coat (before Friday’s game in New York) so he would be dressed properly on the bench so he could be with his teammates. That says a lot about Karl.”

According to the Minneapolis Star Tribune, the crash occurred around 1:30 p.m. on Thursday in Minneapolis. Towns and assistant strength coach Kurt Joseph, who was driving the car, were on their way to the airport when a semitrailer truck hit their car from behind. According to police, Towns complained of a minor injury but declined medical attention at the scene.

Prior to the accident Towns had not missed a game in his four NBA seasons. He is averaging 23.1 points and 12 rebounds per game and is coming off his second consecutive All-Star appearance last weekend.