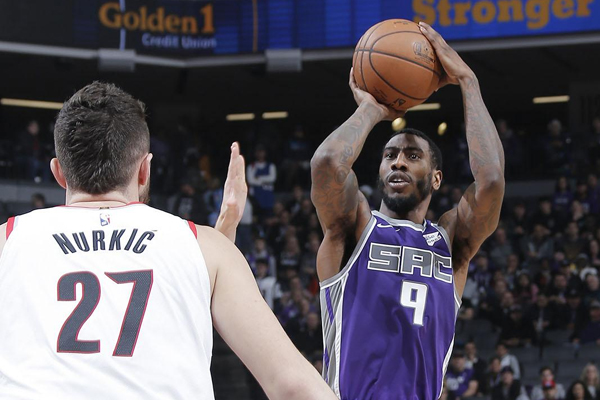 Iman Shumpert reportedly waited by the Blazers locker room after the game to talk to Jusuf Nurkic.

According to Shumpert, he wasn’t looking for a fight, just a discussion about a few plays that took place during the game. The two exchanged a few words on the court during the first quarter when Shumpert attempted to go around Nurkic on a screen near the top of the key.

Nurkic wasn’t available when Shumpert arrived, but when asked about what was said on the court between the two, he didn’t have much to say.

Shumpert is currently averaging 9.2 points and 2.9 rebounds through 34 appearances.